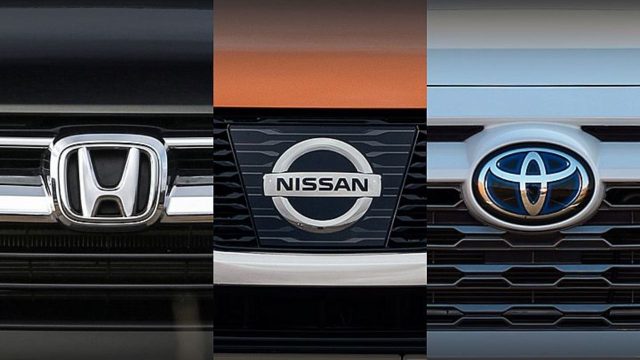 Toyota, Nissan and Honda are lagging behind global competitors in switching to electric vehicles.

Japanese carmakers Toyota, Nissan and Honda are the least prepared for a zero-emission vehicle transition compared to their global competitors, according to research published by climate think group InfluenceMap.

By 2029, only 14% of global Toyota production is expected to be fully electric, up from 18% for Honda and 22% for Nissan, according to the study, which is based on a review of future production data from IHS. Markit.

This compares with Hyundai in South Korea, which is expected to reach 27% global production levels by 2029 and Ford. and Volkswagen Group, at 36 percent and 43 percent, respectively.

Read:  The most sadistic Romanian voivodes. Ţepeş's cannibalistic exploits and the truth about Lăpuşneanu's pyramid at the top

Japanese carmakers lag behind the world in terms of launching electric cars, and the country’s electric vehicle penetration rate is just 1 percent.

Hard with the transition

Honda has budgeted 5 trillion yen ($ 39 billion) over the next decade to make cars cleaner. Subaru said it would spend about 250 billion yen on electric vehicle battery capacity over the next five years.

Toyota and the Japan Automobile Manufacturers Association, which is chaired by Toyota, meanwhile continue to promote hydrogen as one of the key solutions for carbon neutrality alongside electric vehicles.

At all carmakers, it is estimated that hydrogen-powered vehicles will account for only 0.1% of global production by 2029, the study said.

Read:  Diesel cars disappear from Romania. Romanian drivers prefer something else, and this can be seen on the roads

“The fact that Toyota and Nissan are the two companies with the lowest scores highlights the strong link between the negative involvement in climate policy and the low levels of forecasts for the production of electric vehicles,” said InfluenceMap program manager Ben Youriev.

“In the case of Toyota, it continues to push strongly on fuel-powered hybrids – even in highly developed markets such as Japan and the US – despite recent warnings from scientists at the Intergovernmental Panel on Climate Change that electric-powered electric vehicles low-emission offers the greatest decarbonisation potential for life-cycle land transport. “