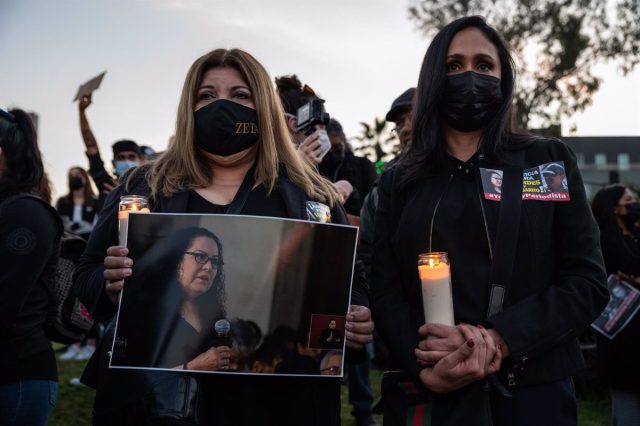 The Mexican security forces have arrested three people for their alleged links to the death of the journalist Lourdes Maldonado, shot to death on January 23 next to her house in Tijuana, after in 2019 she directly asked the president, Andrés Manuel, for help. Lopez Obrador.

López Obrador himself has been in charge of announcing the arrests this Wednesday, a milestone that he considers “very important.” “You cannot bring a person back to life, but we are obliged to ensure that there is justice in the country and that impunity is not allowed,” he said at a press conference.

Read:  China denies it plans to open a military base in the Solomon Islands: "It's fake news"

Federal and state authorities collaborated in the operation, according to López Obrador, to whom human rights organizations have demanded measures to combat the insecurity that plagues the press in Mexico. Only so far this year, six informants have been killed.

The Minister of Security and Citizen Protection, Rosa Icela Rodríguez, has confirmed that there have been three people detained in Tijuana and has indicated that the authorities comply with the “instruction” of the president in this case, according to the newspaper ‘El Universal’.

Maldonado lost his life on January 23 and his death was the trigger for a wave of protests against the government. After the crime, some images from 2019 resurfaced in which the late journalist asked López Obrador for “support”: “I even fear for my life.”