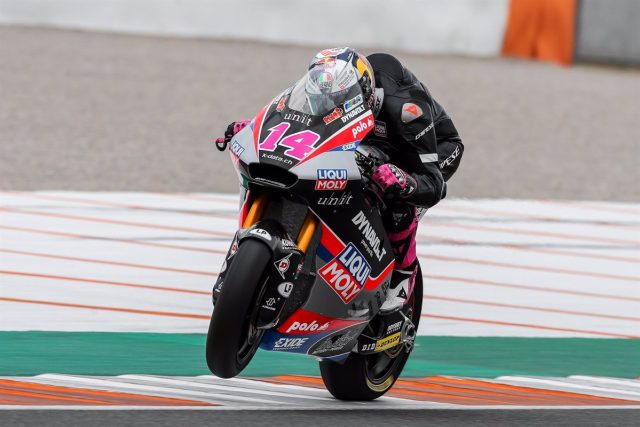 The Italian rider Tony Arbolino (Elf Marc VDS Racing Team) took victory in the Grand Prix of the Americas, the fourth round of the World Championship, in the Moto2 category, on a Sunday full of crashes that served him his first victory on a plate.

Once again Arbolino was on the prowl and this time he hit the jackpot. Out of 29 riders, only 17 finished the race in Austin, with important changes in the lead between Celestino Vietti (Mooney VR46 Racing Team) and Aron Canet (Flexbox HP40), with the World Championship leadership at stake.

Read:  Valencia dreams of Europe against a rushed Rayo

Canet passed the Italian in spectacular fashion and Viett, forcing himself back to the front, went down. The Spaniard, only to achieve victory and take the lead in the general classification, also crashed 10 laps from the end. Also Spanish Pedro Acosta (Red Bull KTM Ajo) and Fermín Aldeguer (MB Conveyors Speed ​​Up) had the same bad luck fighting to be up.

The biggest rampage was at turn 12, where the drivers reached almost 300 kilometers per hour and at once on the second lap five went down, because of the Thai Somkiat Chantra. Four turns from the checkered flag, local Cameron Beaubier also crashed when he was fourth.

Read:  Raúl Fernández will look for the feat in Moto2 starting fifth

After so many falls, the podium was a matter of three, with good income between the two, only with the obligation to stay in the race. Arbolino, Ai Ogura (Idemitsu Honda Team Asia), Jake Dixon (Shimoko GASGAS Aspar Team) was on the podium in Austin, with Jorge Navarro (Flexbox HP40), fifth, as the best Spaniard.