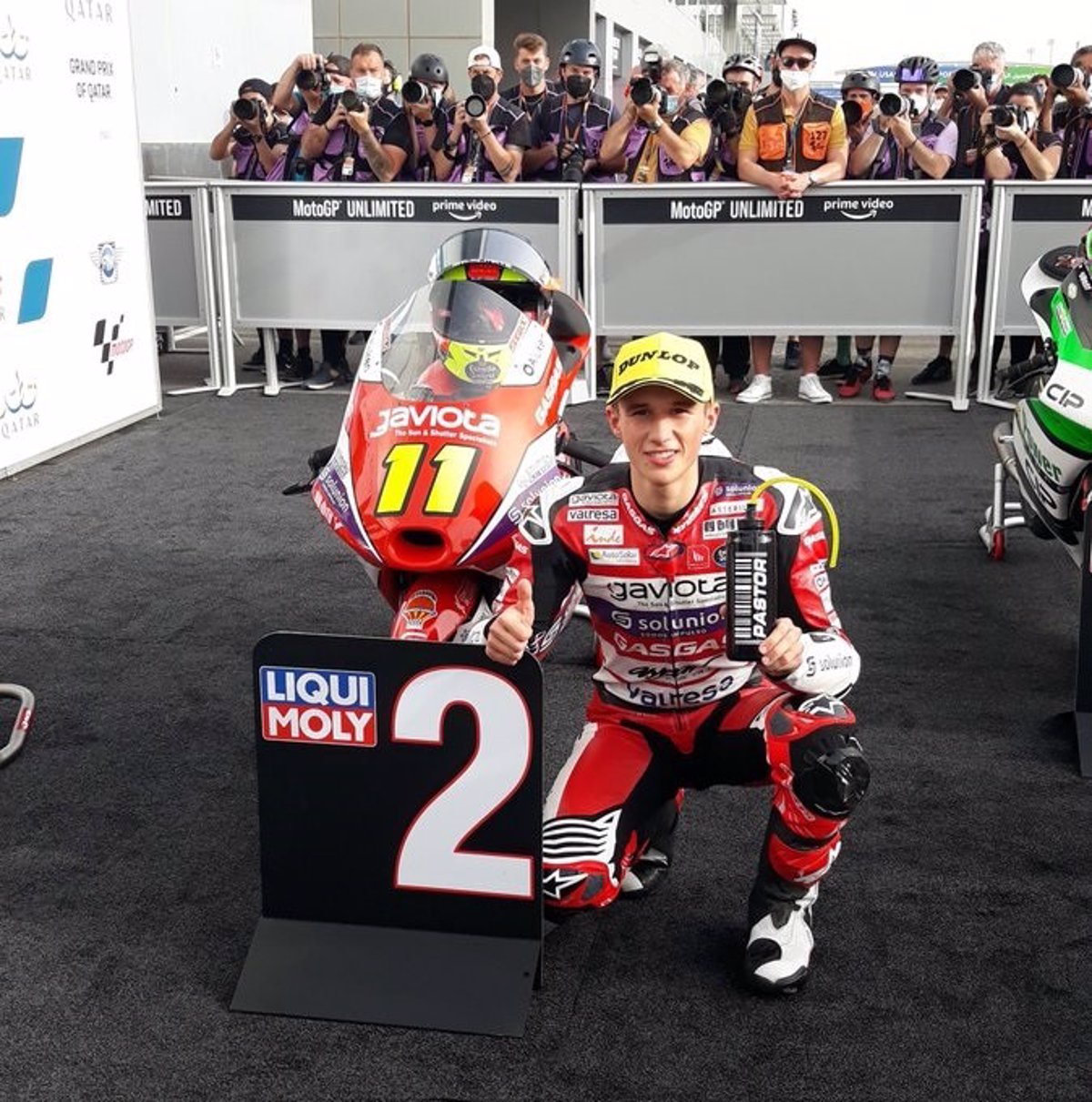 The Italian rider Andrea Migno (Honda) won this Sunday the victory in the Moto3 race of the Qatar Grand Prix, the first round of the Motorcycle World Championship, in which the Spanish Sergio García Dols (Gas Gas) disputed the victory after a magnificent finish in Losail and was second, while Arón Canet (Kalex) has also finished in second position in a Moto2 race that has crowned the Italian Celestino Vietti (Kalex).

The man from Castellón, who recovered from a sanction for an incident at the start of the event, starts the championship strong, in which he accompanied the transalpine rider on the podium, who won again five years later, and the Japanese Kaito Toba (KTM).

In the first race of the year in the small engine, the Japanese Ayumu Sasaki (Husqvarna) was in the lead at the start after the Spanish Izan Guevara (Gas Gas), Saturday’s ‘poleman’, was sanctioned and sent to the bottom of the the grid for reckless driving during practice, as did the Italian Dennis Foggia (Honda) and the Japanese Tatsuki Suzuki (Honda).

Sasaki did not waste it, who began to mark distance after a clean start in Losail, while hostilities broke out from behind. Carlos Tatay (Kalex) crashed at turn 7 on the first lap after touching the bike of Sergio García Dols (Gas Gas), penalized with a ‘long lap penalty’ for the incident.

Read:  Ana Carrasco: "I have shown that a woman can be competitive and win a World Cup"

The teammate from Castellón, Guevara, climbed up positions, and Jaume Masià (KTM), who had started second after the sanctions, settled in the ‘Top 5’; however, the Algemesí race was ruined by a crash with nine laps to go.

With just seven laps to go, Sasaki, who had reigned uncontested thus far, broke through the fairing of his bike and watched as his pursuers, who smelled blood, overtook him. Italian Andrea Migno (Honda) took the lead with García Dols, Iván Ortolá (KTM) and Xavi Artigas (Kalex) in the front group hoping for victory.

Only the one from Burriana, second, remained in the handful of riders who finally fought for victory. In fact, he was about to overtake the transalpine on the last lap, but he withstood the push of the Spaniard to inaugurate the list of victories of the year in the small category.

CANET, SECOND AFTER VIETTI IN MOTO2

In Moto2, the Italian Celestino Vietti (Kalex) signed the first victory of the course, the first for him also in the intermediate category, ahead of the Spanish Arón Canet (Kalex), who cooked his comeback during the opening lap to consolidate his advantage during the halfway point of the race.

Read:  Marc Márquez: "I want to be fighting at the front again in Portugal"

Meanwhile, the British Sam Lowes (Kalex) completed the podium by taking advantage of the final fight for third place between Ai Ogura (Kalex) and Augusto Fernández (Kalex), in which the Japanese touched the Spanish and deprived him of getting into third box right in the last corner of the last lap.

The transalpine had no problem defending his privileged position in a start in which Canet, who started ninth, began his comeback from six positions on the first lap. The current Moto3 world champion, Pedro Acosta (Kalex), was hampered by a contact with his compatriot Fermín Aldeguer (Kalex) that condemned him to low positions.

With Vietti and Canet engaged in their particular fight, the Italian Tony Arbolino (Kalex), the Japanese Ai Ogura (Kalex) and the Spanish Augusto Fernández (Kalex) then began a battle for the last place on the podium, although the British Sam Lowes (Kalex) to join her. It was precisely the Englishman who came out triumphant on the last lap and managed to get on the podium.