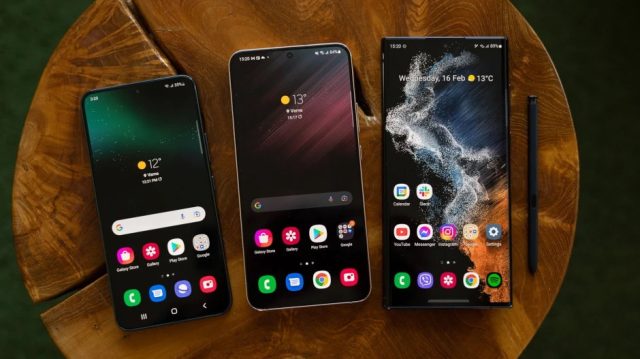 Although it seems that Exynos is specially designed for Galaxy phones, in reality, the relationship between the Samsung division responsible for the production of chipsets and the smartphone division is rather a supplier-buyer one. Far from being solutions tailored specifically for Samsung phones, the Exynos family of chipsets is purely commercial, with the South Korean manufacturer using its own family of phones rather as a promotional platform, hoping to sell as many chipsets as possible to any other interested customer.

Thus, although Samsung is theoretically in the same privileged position as Apple, the current Exynos 2200 is at most a reasonable alternative to the Snapdragon 8 Gen 1. But after multiple embarrassing experiences with Exynos chipsets that come to replace top alternatives provided by third companies, but without delivering their performance, Samsung seems finally ready to venture to the end in the development of chipsets exclusively for its own products.

However, even though Apple has demonstrated to the fullest that matching the micro-architecture of the chipset with the macro-scale architecture of the finished product can bring major benefits to the performance and efficiency of energy consumption, it still requires a lot of vision and technology. avant-garde, for the recipe to really work. We only have to look in the direction of Google to see how their Google Tensor excels only at certain performance benchmarks (e.g. accelerating neural processing algorithms), but lags behind in aspects such as energy efficiency and gross performance.

According to information published in the South Korean press, Samsung intends to develop chipsets exclusively for its smartphones. This plan was revealed during a meeting of Samsung’s management, when an employee asked how the company will solve the controversial game optimization service (GOS).

For those who haven’t found out yet, GOS is an application that comes pre-installed on Samsung phones and should prevent devices from overheating. In reality, this result is achieved by aggressively limiting performance in applications (sometimes as low as 30%), conveniently excluding those applications that enhance device performance, such as benchmarks. Subject to a veritable scandal, centered mainly around the idea that Samsung has taken these measures secretly, without allowing users to choose whether or not to benefit from these “optimizations”, GOS has practically become an overnight stone for the company’s marketing division, crashing S22 sales immediately after the end of a pre-order campaign that foreshadowed historic sales for Samsung.

In order to better manage the performance optimization aspect, Samsung could take the example of Apple, pairing the Exynos chipsets with its own range of Galaxy phones. By optimizing all aspects of the hardware, Samsung rules out the possibility of selling Exynos chipsets to other device manufacturers. But if the plan succeeds, then Samsung Galaxy products could become the most powerful Android phones / tablets on the market, challenging the main rivals – Qualcomm and MediaTek.