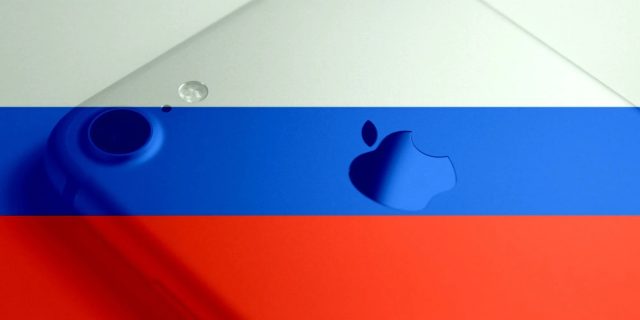 Apple joins companies putting restrictions on Russia in response to the country’s invasion of Ukraine. The company has announced that it will “temporarily” stop selling products in Russia and will limit certain services to customers there, but will also remove applications of Russian origin from the App Store in certain regions. Basically, the Russians will not be able to buy new Apple products in the next period, after the stocks of the stores will be exhausted.

Following the invasion of Ukraine, Apple is taking action against Russia

The American company has announced that it will no longer deliver new stocks of official products and accessories to Russia. This means that all Apple devices that will arrive in Russian stores will probably be brought to the gray market, and stocks will be very limited in the future. At the same time, the App Store will limit access to Sputnik News and RT News applications to all users outside Russia. The two apps remain in the App Store in the home country. In fact, Apple’s online services will remain on. However, Apple does not stop there, limiting the use of Apple Pay for users in Russia.

To stop the use of its services for military purposes, which could provide information to Russian attackers, Apple has also stopped reporting traffic to Apple Maps. Such measures have been taken by other companies offering such services in the last few days.

However, Apple has taken steps late and may take further action if it deems it necessary. Deputy Prime Minister of Ukraine Mykhailo Fedorov called on the company to take even tougher action in recent days. He suggested closing the App Store in Russia completely. However, Apple considers that these measures are too drastic at the moment.

Facebook, Twitter and Google have also taken action against state news agencies in Russia. They no longer appear in news feeds and can now only be accessed from Russia.