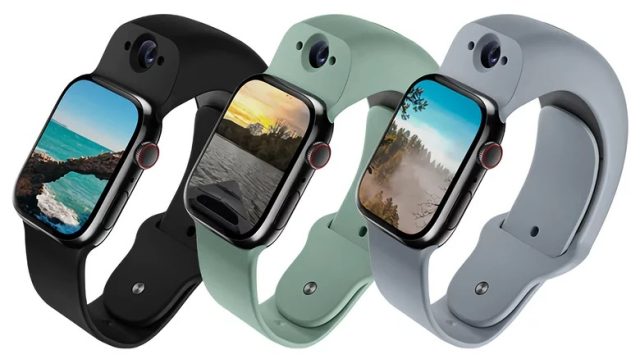 Since its inception in 2015, the Apple Watch has been a slowly evolving product, with new sensors added every few years and a few small design adjustments. Most of the improvements that Apple watches have received have been at the software level, but a new patent discovered in the USPTO database shows that the manufacturer is considering adding new hardware components, such as a camera / video.

The Apple Watch could receive an integrated camera in the future

In fact, the concept of a camera installed on a smartwatch is not exactly new. Samsung’s first-generation Galaxy Gear watches had a camera installed, but most companies soon abandoned the idea. Wrist Cam, recently launched, is an accessory for Apple Watch that allows you to take photos or videos on your watch and even the ability to make video calls using a dedicated application.

Read:  Realme 9 Pro and 9 Pro +, presented on video the day before the official launch

While solutions proposed by other companies put the camera above the screen, either user-oriented or landscape-oriented, Apple’s patent describes a location that only Apple would choose. The camera of the watch could be integrated right into the digital crown on the side, thus combining several functions in a smaller space. The patent also describes other possibilities, such as hiding the camera inside the watch and using a pop-up system to “release” the camera as needed. This system would also allow the camera to be reoriented in various directions. There is also talk of integrating a flash to take photos at night.

Read:  Top 5: Cryptocurrencies that pollute the environment the most

Of course, the fact that Apple has registered a patent for the integration of a camera on the Apple Watch does not mean that it will come in a future version of its watches. The company registers many patents for various technologies that it could use in the future. In fact, Apple is one of the first companies to register such documents for the development of folding screen devices, but so far has not launched any such product on the market.