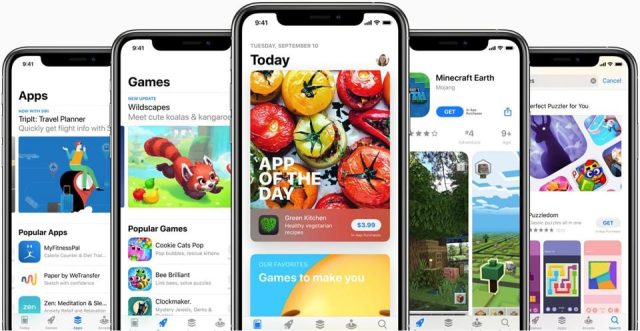 Apple wants to “clean up” the App Store, announcing the removal of applications that have not been updated for a long time or that have not been downloaded recently. The company said last week that outdated applications will be deleted if they are not updated in the next 30 days, but in the meantime it has reconsidered such decisions, following criticism from developers. However, Apple’s proposal is a problematic one, mainly related to the preservation of creations that are considered “finished” and do not need constant updates, such as “software as a service” applications.

Over the past few years, Apple has tried to encourage most app developers to the subscription-based distribution model, which provides recurring revenue for both the production studios and Apple, which collects commissions from every transaction in the App Store. However, it seems that now the company will try to persuade the developers to constantly update their applications if they want them to remain listed on the App Store.

Read:  YouTube gets revamped interface, complete with pinch-to-zoom and other new features

The company recently announced that applications that have not received updates in the last three years may be removed from its store. Also, those that have not received a download in the last 12 months, or that have been downloaded very rarely, may also be removed. The only chance to extend the availability of these applications is to update them within 90 days of receiving the message that the application in question is “at risk”. The initial deadline was 30 days, but criticism from independent developers, who did not have the resources to make updates so quickly, convinced Apple to extend the period.[aplicațiaîncauzăesteîn„pericol”Termenulinițialerade30dezileînsăcriticiledezvoltatorilorindependențicarenuauresurselesărealizezeupdate-uriatâtderepedeauconvinsApplesăprelungeascăperioada

The most affected seem to be video game producers, who claim that certain titles may be “finished” and may remain on sale indefinitely, as they will not receive content forever. Those are stand-alone experiences, which, once most bugs are fixed, no longer need updating. There are also projects completed many years ago that would require a lot of work to adapt to the new versions of iOS or to the new resolutions and screen formats for the latest iPhones.