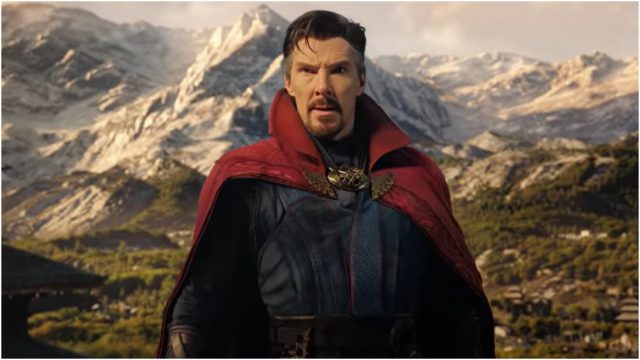 Benedict Cumberbatch suggested in a statement that Doctor Strange in the Multiverse of Madness is preparing for an exciting future in the Marvel Universe.

In less than a week, Marvel will return to the big screen with the film directed by Sam Raimi. And like most releases in May for Marvel Studios, the events in Doctor Strange in the Multiverse of Madness are expected to have significant repercussions for the MCU, which will be echoed in the future. This marks the second “solo” film with Cumberbatch, as part of the franchise, although it is his sixth appearance on screen, generally in this role.

Doctor Strange 2 also includes the return of Scarlet Witch (Elizabeth Olsen), but also the debut of the character America Chavez (Xochitl Gomez). Strange’s decision to help Peter Parker (Tom Holland) in Spider-Man: No Way Home has serious consequences for the multiverse. It’s not clear how this will be solved, but to find out, you’ll most likely have to go to the movies and see the movie.

Benedict Cumberbatch, on Doctor Strange in the Multiverse of Madness

In a recent promotional interview for Doctor Strange in the Multiverse of Madness, Cumberbatch revealed that he is excited to see if fans will “taste” his new film.

“I can’t wait to see how the fans react to Multiverse of Madness, but also what will happen to Strange. I think he’s preparing for a really exciting future in the Marvel Universe, “said Benedict Cumberbatch.

As you may have noticed, Cumberbatch can’t go into too much detail about Multiverse of Madness. Since debuting in the original Doctor Strange movie in 2016, the actor has learned to master the art of promoting a Marvel movie without accidentally revealing any details.

Read:  REVIEW The Englishman: a western mini-series starring Emily Blunt that makes you think of the Coen Brothers

As for how Doctor Strange in Multiverse of Madness determines the character’s future? It’s hard to say right now. Aside from the fact that Marvel Studios is extremely attentive to what it reveals, the events of the film directed by Raimi can drastically change the MCU as a whole.

Doctor Strange in the Multiverse of Madness will be available in theaters starting May 6, 2022.