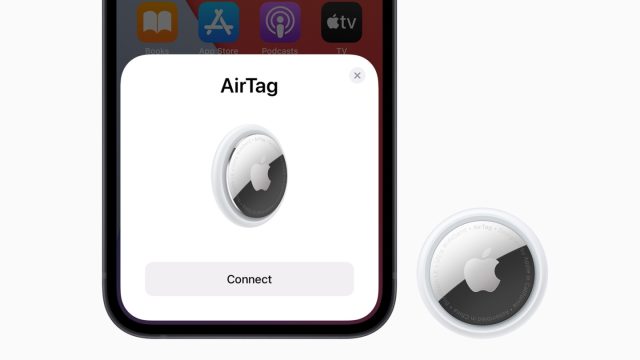 Almost as powerful as a GPS tracker, but small enough to be sneaked in without your luggage or even the clothing you’re wearing, the AirTag device can cause major problems when used for purposes other than those intended by Apple.

Designed to help users track and retrieve lost valuables, such as house keys or hold baggage, AirTag is essentially a radio beacon that uses Bluetooth technology to transmit a unique identification code. The repetitive signal can be received by any iPhone or iPad that happens to be within range of the bluetooth connection (no more than a few tens of meters), which reports to Apple the relative location of the detected tag. Problems occur when an AirTag tag is used to track objects that do not belong to you or other people who have not agreed to it. For example, some car thieves have attached these tags to the cars they want to steal, then wait for the right time and location to strike.

In an attempt to address the growing abuses, Apple has updated its iOS firmware, turning iPhone phones into detectors for clandestine AirTags. Specifically, if an AirTag device registered by another person is repeatedly detected within range of the Bluetooth connection.

According to Apple, as long as your iPhone, iPad, or iPod Touch is running at least iOS 14.5 or iPadOS 14.5, you will receive an “Item Detected Near You” message if your device detects an AirTag or other device set to Nearby Find My device for longer period of time.

Read:  Twitter users will be able to block the mention of tweets on other people's accounts

Once detected, you can use the “Play Sound” option for the foreign AirTag to emit a tone to help you locate it. Abused airTag can start making noise on its own after a few hours. Once you’ve discovered it, you can turn it off by following the instructions on your phone screen. Optionally, you can use the serial code written on the case to track the user who registered it.

Unfortunately, if you are not an iPhone fan, the chances of finding out that you are being tracked with an AirTag decrease considerably, as you need to install the dedicated Tracker Detect application to receive alerts on your Android phone.

Apple ways you can avoid being tracked using AirTag tags in a guide posted on the official support page.