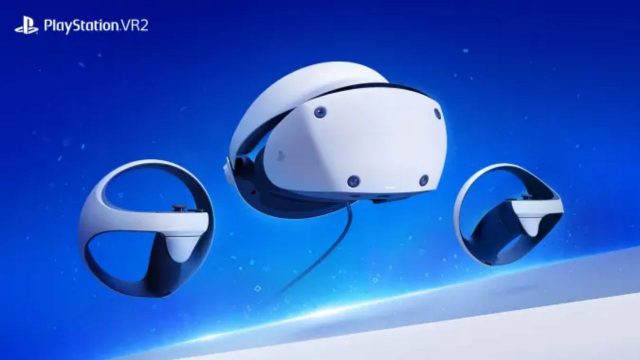 That’s more than the price of a PS5.

Sony has finally revealed when it will release its next-generation virtual reality headset and how much it will cost – the price is much higher than many people expected.

The Playstation VR2 will be available on February 22 and will cost $550. That’s more than the price of a PlayStation 5, the basic hardware you’ll need to use the headset, even after Sony raised the cost of the console in many countries. People in Europe will have to pay €600 for the PS VR2, and those in the UK will have to pay £530.

PS VR2 comes with Sense controllers and stereo headphones. A bundle with the Horizon game Call of the Mountain will go for $600. Meanwhile, a charging station for the controllers costs an extra $50.

For those with deep enough pockets, pre-orders will begin November 15. At first, people in the US, UK, France, Germany, Belgium, Netherlands and Luxembourg will only be able to pre-order from PlayStation Direct. Those in other countries will be able to lock in a pre-order from various retailers.

Read:  ET, on its 40th anniversary: ​​the emotional statement of actress Drew Barrymore

Sony’s latest VR hardware features a display resolution of 2000 x 2040 pixels per eye, 4K HDR support, a 110-degree field of view, and refresh rates of up to 120 Hz. It will support 3D audio and eye tracking, while the Sense controllers borrow haptic feedback and adaptive triggers from DualSense.

The price is premium

The PS VR2 price is just the latest example of sticker shock from PlayStation. When it arrives in January, the premium DualSense Edge controller for the PS5 will cost $200.

It was previously confirmed that No Man’s Sky, Among US VR, Ghostbusters: Rise of the Ghost Lord, Star Wars: Tales From The Galaxy’s Edge and Resident Evil Village will also be available on PS VR2. Sony says there will be over 20 games available at launch.

However, PS VR games are not compatible with the latest headsets. For technical reasons, developers will have to update their games to make them work on the new platform. That means that not only is the PS VR2 headset itself expensive, but you may have to pay more to have games to play on it.