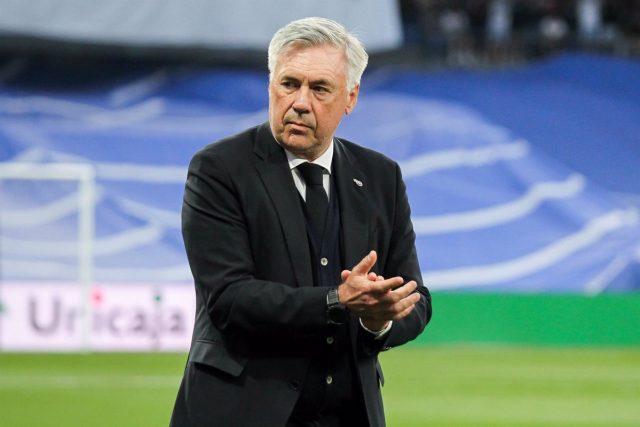 “Klopp is a great coach, I have a good relationship with him”

The coach of Real Madrid, Carlo Ancelotti, affirms this Thursday that the Champions League final this Saturday (9:00 p.m.) between Liverpool and the white team will be won by “the team that has the most courage and personality”, insisting that ” It doesn’t mean much” to talk about “revenge”, after the final lost by the meringues in 1981 and the last between both clubs in 2018, with the ‘reds’ as runners-up.

“Will Liverpool want revenge for the final they lost to Madrid in 2018? Real Madrid are also looking for revenge because they lost a final against Liverpool in Paris (in 1981). I don’t think that means much. Two great teams will face each other, and whoever has the most courage and personality will win in the end”, predicts the Italian in an interview for UEFA collected by Europa Press.

Thus, the coach praised his rival at the Stade de France for lifting the white club’s 14th European Cup, assuring that the ‘reds’ have “a lot of quality as a whole, great intensity and good organization”. “It is one of the best teams. Klopp is a great coach, I have a good relationship with him. He has brought new things to football with the intensity and offensive pressure (of his teams). He is doing a great job”, he also comments on the German coach, over whom he has remained undefeated in six of his last nine clashes.

And it is that Liverpool is a rival that Ancelotti, 62, knows very well, and who already knows what it is to beat him in a Champions League final. “The first time was in 1984, in the final in Rome. I didn’t play because I was injured. Then in 2005 and 2007 (with Ancelotti as coach of AC Milan) and, of course, the rivalry was accentuated during the period in which I worked. at Everton,” he says.

“Now, we will face each other again. They have a great squad, it is difficult to face them. They play at a very high level, with great physicality, but it is a pleasure to play against them in the final”, he adds about the personal rivalry with the team ‘net’.

“The 2005 team was the best team I’ve ever coached in a final. Unfortunately, in football there is that unpredictability that you can’t control. It’s hard to explain. It’s hard to explain how we scored two goals in one minute in the 90th minute against City. “These things happen, and you have to accept them. You don’t have to think about it too much either. Football always offers you things, and that happened two years later (when Milan beat Liverpool in the 2007 final, after losing in 2005).” Ancelotti reflects.

This Saturday, May 28, will be the fifth Champions League final for the Italian, who is already the coach with the most European Cup finals. “I have thought about it. Yes, many years have passed since the first time. Football has changed and I have been able to adapt to those changes. From the first final in 2003 until today there have been many changes. They have been positive changes. Football It’s always a very interesting show, and I adapt to changes because I’m passionate about this sport,” he says.

Read:  Real Madrid celebrates the League in Cibeles with the intention of returning soon

“How does it feel to win it? That you’ve won the most important competition, that you’ve done your job well. Is it different to win it as a coach than as a player? Well, yes. The feelings, the emotions, are different. They are stronger when he wins as a coach. As a player, you are part of the group that wins the trophy, but as a coach you have more responsibilities”, he confesses about the meaning of lifting the ‘Orejona’.

Finally, Ancelotti stressed that for him it is important to differentiate “between the player and the person” for the management of the locker room. “I think that showing your true face is very important when it comes to having a relationship with someone based on respect. A player is someone who is lucky enough to play football and I am lucky enough to be a coach. You have to distinguish between what what someone does and what it is”, settled.