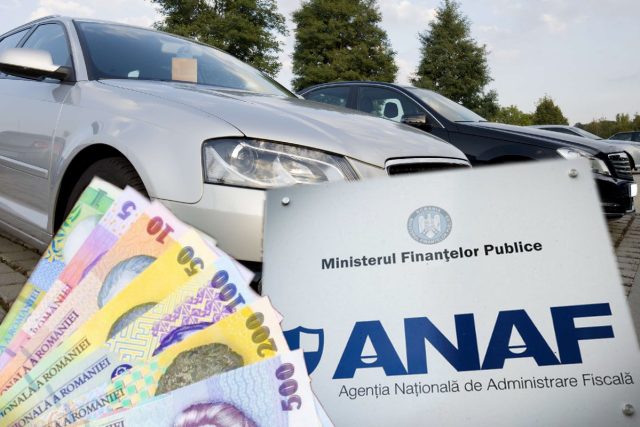 Almost every month, ANAF puts out to auction a few cars at more or less ridiculous prices. Most of them are confiscated, they often have a fairly large number of kilometers, but they are still a very good deal.

In theory, each ANAF branch organizes its own auctions at regular intervals, but this time we are talking about ANAF Turda. In April, the institution has two auctions scheduled, one more interesting than the other. The first is on April 12, 2022, at 10 a.m., and the second will take place on April 20, 2022, at 11 p.m.

Cars from ANAF, on offer

Read:  You receive money from RCA, if you sell your car: what you need to know, how to proceed

The third auction of this month from ANAF Turda is scheduled for April 21. At that time, the following four cars will be available for purchase:

If you want to register for the auction, at least one day in advance, you need the following documents to submit to ANAF:

Read:  James Bond movies are now owned by Amazon: how much the business was worth

a) the purchase offer;
b) proof of payment of the participation fee or of the establishment of the guarantee in the form of a letter of guarantee, representing 10% of the starting price of the auction. The payment of the tax will be made in the IBAN account RO11 TREZ219506701XXXXXXX beneficiary SFM Turda with fiscal code 4354582;
c) the power of attorney of the person representing the bidder;
d) for Romanian legal entities, a copy of the single registration certificate issued by the trade register office;
e) for foreign legal entities, the registration document translated into Romanian;
f) for Romanian individuals, a copy of the identity document;
g) for foreign individuals, a copy of the identity card / passport;
h) the bidder’s own-responsibility statement certifying that he is not an intermediary with the debtor.