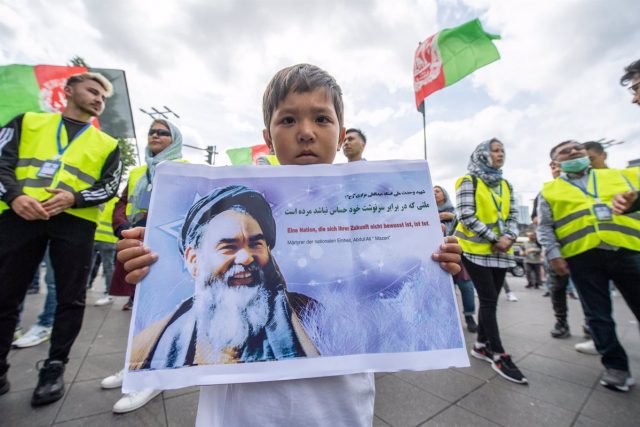 The NGO Amnesty International said Friday that Taliban fighters have killed six residents of Shiite Hazara communities in an attack in the Afghan province of Ghor.

An Amnesty investigation said the Taliban carried out the arrest and execution of four men, a woman and a girl during a nighttime operation in search of a former security agent on June 26.

The body of at least one of those executed showed signs of torture, the organization detailed in a report.

The attack would be part of a broader pattern of “unlawful targeted killings” of people the Taliban consider adversaries, in this case because they are members of the Hazara Shiite community and because of their relationship with the former Afghan government.

“The Taliban must put an immediate end to this ongoing cruel pattern of targeted killings and, as de facto authorities, ensure the protection of the entire Afghan population,” Amnesty Secretary General Agnes Callamard said in a statement.

“The Taliban must investigate these killings and ensure that all those responsible are brought to justice in accordance with international human rights obligations and standards. If the authorities are unable to deliver justice, the Office of the Prosecutor of the International Criminal Court (ICC) must immediately open investigations,” she added.

In this regard, Amnesty has called, together with the UN Special Rapporteur on the situation of human rights in Afghanistan, for “an independent accountability mechanism in and for Afghanistan.”

Read:  The British Government declares a state of drought in a dozen regions of England

The organization has documented similar extrajudicial killings of Shia Hazaras in Ghazni province in July 2021, as well as in Daikondi province in August 2021.

“Despite their public pledges that they would not act against former government officials, the Taliban have yet to investigate or prosecute anyone for the killings,” Amnesty has argued.