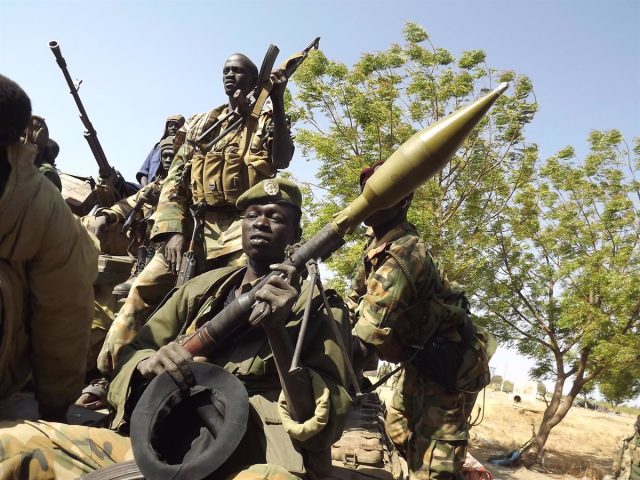 The NGO stresses “the urgent need for exhaustive, independent and impartial investigations into these crimes”

The non-governmental organization Amnesty International has called on the United Nations Security Council to renew the arms embargo imposed on South Sudan in the face of persistent impunity and the increase in incidents of sexual violence associated with the conflict in the African country.

“The UN Security Council must renew its arms embargo on the territory of South Sudan given the state’s inaction to ensure accountability for conflict-related sexual violence and protect survivors, witnesses and judicial actors,” the NGO has indicated in its latest report.

The report, entitled ‘If you don’t cooperate, I’ll kill you: conflict-related sexual violence and impunity in South Sudan’, stresses that not all clauses of the action plan to deal with this type of violence, adopted by the unity government in January 2021, and stresses that the presence of firearms can enhance or facilitate sexual violence in the conflict.

The arms embargo, imposed for the first time in 2018, was extended for a year at the end of May 2021, when the UN Security Council set the application of the aforementioned action plan as one of the reference parameters for review of the measure in May this year.

“Amnesty International has documented more than a dozen cases of conflict-related sexual violence in recent years, including women raped at gunpoint. The UN Security Council must therefore renew its embargo on weapons to the territory of South Sudan,” said Amnesty International’s Director for Eastern and Southern Africa, Deprose Muchena.

“Our new report highlights the urgent need for full, independent and impartial investigations into these crimes. Perpetrators of conflict-related sexual violence must be brought to justice and widespread impunity for these crimes must end.” , has added.

Survivors of this type of sexual violence have told Amnesty International that the rapes were perpetrated by various people, including soldiers, an agent of the National Security Service (NSS), members of the rebel People’s Liberation Movement of South Sudan- In Opposition (SPLM-IO), members of the National Salvation Front (NAS) armed group, armed men, rebels and unarmed people, including adolescents.

Thus, three of these people have stated that they were kidnapped and forced to do forced labor or used as sexual slaves for periods of between two and four years. In addition, three of them have indicated that they gave birth after being raped.

In this sense, Amnesty International has stressed that sexual violence in conflict is often underreported, especially when the survivors are men. Jacqueline, another of the survivors, has said that she saw armed men rape her neighbor at the end of 2018. “They stripped him naked, (told him) to bend down. When he knelt down, they began to rape him from behind,” he said. According to Jacqueline, the man later hanged himself.

For this reason, Muchena has stated that “the South Sudanese authorities must urgently address these cases of sexual violence related to the conflict” and that “their response must be based on the medical, psychological and socio-economic needs of the survivors”. “It must also address the root causes of violence and include survivors in decision-making on issues that affect them,” she added.

In this context, nine survivors have stated that those responsible raped them at gunpoint and threatened to kill them or their relatives. Gloria has stated that she was raped in 2016 after encountering five armed men. “The soldier told me (…) choose (…) if I have a sexual relationship with you or I kill you and all your children,” she has recounted.

Elizabeth, another survivor, has said soldiers shot her husband dead after forcing him to watch as she was raped by seven soldiers in 2019.

Thus, a human rights activist has supported the extension of the embargo as a measure to reduce human rights violations. “The more weapons (the South Sudanese) have, the more rapes. The gun is their strength to rape women,” this activist stressed.

Read:  Spanish tourist dies after falling from a height of ten meters in West Bank

Amnesty International has also lamented that despite the fact that both NGOs and the UN have documented hundreds of cases of sexual violence related to the conflict, trials against those responsible remain rare, which reinforces impunity. Since January 2020, only a few cases have come to trial, with no alleged perpetrators charged with war crimes or torture.

The NGO has also pointed out that it is opposed to military courts dealing with serious human rights violations against civilians because they do not meet the standards of procedural impartiality and has asked the authorities to establish the Hybrid Court for South Sudan contemplated in the 2018 peace agreement.

On the other hand, it has requested the unity government to suspend all military commanders who are reasonably suspected of having ordered, committed or facilitated violations of humanitarian law, including acts of sexual violence, until an effective investigation is carried out. , independent and impartial.

“Suspending commanders suspected of perpetrating sexual violence is a vital step in changing attitudes. However, to ensure a change in the behavior of government soldiers and armed groups and that justice is served, the South Sudanese authorities must investigate all acts of conflict-related sexual violence and prosecute suspected perpetrators, including those giving the orders,” Muchena said.

Amnesty International’s report has been published a week after the United Nations Mission in South Sudan (UNMISS) denounced that cases of sexual violence in the context of the conflict in South Sudan have doubled during the first quarter of 2022 compared to this same period last year, amid a “general” decline in violence against civilians in the country.

The mission indicated in a report that between January and March 2022 it documented 63 cases of sexual violence related to the conflict, a figure much higher than the 28 cases documented in this period in 2021. Thus, it noted that civil defense groups and militias they have been behind the majority of violence against civilians, with a total of 64 per cent of the incidents, after which there are “conventional parties” in the conflict, with 34 per cent.