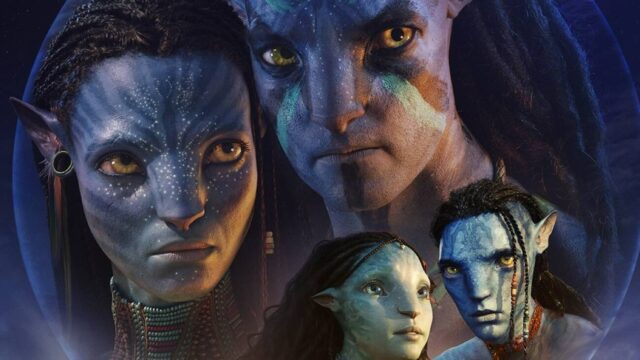 With Avatar 3 already in post-production and Avatar 4 currently shooting, James Cameron is making a film franchise unlike anything seen before.

James Cameron’s plans for the future of the Avatar franchise diverge from the standard formula in a rather risky but remarkably prosperous way. Finally, after thirteen years, audiences have returned to the vibrant and beautiful Pandora in Avatar: The Way of Water, and the wait won’t be so long for the next adventure. Avatar 3 is currently scheduled to be released on December 20, 2024, due to being filmed in tandem with Avatar: The Way of Water. Also, Avatar 4 has already started filming, Avatar 5 is in pre-production, and Cameron even has plans for more parts if there is demand.

Importantly, these impressive plans depend entirely on how well Avatar: The Way of Water does at the box office. The Avatar sequel recently surpassed the $1 billion mark at the worldwide box office, becoming one of the highest-grossing films of 2022 and proving that audiences are still just as interested in Cameron’s vision.

In an interview with Who’s Talking To Chris Wallace, James Cameron confirmed that Avatar 2 is profitable after earning over $1.5 billion. The director also said that means he will make and finish the three Avatar sequels.

“(…) I can’t seem to get away from that, I’ll have to make the next films. I know what I’m going to do in the next six or seven years. The point is we’ll be fine. I’m sure we’ll have a discussion soon with Disney about the game plan for Avatar 3, which is already set up – we’ve already shot the whole movie, so we’re in extensive post-production to do the CG magic. Including Avatar 4 and 5 are both being written. (…) We’ve started a franchise at this point. We’ve started a saga that can unfold over several films,” James Cameron told the aforementioned source.

Now that Avatar: The Way of Water is profitable and he has ensured that other films will come to fruition, the question is whether future ones will maintain the same box office success. Predictions claim that Avatar 2 will end its box office adventure after earning around $2 billion.

It’s a risky move, though, to go ahead with all these projects, betting hundreds of millions of dollars with no guarantees. Of course, this isn’t possible for other franchises, even those with more cinematic experience, but Cameron’s dedicated work behind the scenes in creating the fantasy universe, the story, and especially the scripts, gives Avatar a serious step forward.

Why the Avatar franchise stands out from the crowd

Unlike the dominant masterpiece in franchise entertainment – the Marvel Cinematic Universe – Avatar already has the scripts set for the upcoming films. So Avatar: The Way of Water was filmed with Avatar 3 in mind, and Avatar 3 takes into account Avatar 4 and so on. As for the MCU, for example, it doesn’t have the advantage of being able to look exactly at the next film when it’s making the current one, as with Avatar.

Screen Rant spoke with James Cameron about Avatar: The Way of Water. Cameron explained his extensive development process, which included writing eight hundred pages of notes before even starting the script. Cameron also shared his passion for the ocean and how he hopes the film will inspire people to fight for ocean conservation. You can watch the full interview below.

“People say, ‘What took so long?’ The first thing that took time was writing four scripts. We couldn’t just write one and say, ‘Okay, we’re happy.’ We had to write all four. Why was that important? For several reasons. First of all, we wanted our actors to know where their characters are going because the decisions they make early on will have an impact on later decisions,” said Jon Landau, producer of Avatar: The Way Of Water.

“Then there were logistical reasons in our story. Let’s just talk about the kids. We know that children grow up in real life. Well, if movies two and three are basically the same age, we had to shoot all of them at the same time, so it was very important for us to define those scenes to a level where Jim would be happy to direct them,” he continued.

Such preparation allows Cameron, the actors and the creators of the hit franchise to delve into all the intricate nuances. The entire second act of Avatar: Path of the Water is devoted to exploring Na’vi culture, particularly the Metkayina tribe and their connection to the oceans and Pandora’s sea life. It was a deep and amazing story worth savoring, which also helps set up some important elements for Avatar 3 and beyond. While audiences have to wait to see it all come to fruition, there is a palpable sense of cohesion in Avatar: Path of Water that can only come from having everything mapped out so far in advance.

Read:  Netflix versus Disney+, HBO Max and Prime Video in Romania: who's the law on streaming

With James Cameron at the helm, Avatar joins other major franchises with unique figures. The MCU has Kevin Feige, and DC Studios now has James Gunn and Peter Safran, both with decades of content to match. However, such choices also bring some considerable limitations. By comparison, Avatar is original and limited only by technology, which explains why Avatar: The Way of Water took a decade to make. It derives mainly from Cameron’s imagination, as he mixes his favorite science fiction elements with mythic adventures and real-world themes. So Cameron can bring anything he likes and finds interesting into Avatar.

Unlike Avatr, in other franchises all sorts of pieces have to be managed. Each type of hero has its own movie or series, which then has to connect to something else, and so the scope of the overall narrative expands. Avatar, on the other hand, has a story and a focus – the Sully family. Using them as central to its narrative, Avatar can explore the vast wonders and rich stories of Pandora. There’s no major spin-off or crossover to set up. The story is modest and intimate, enhanced by extraordinary visuals, so Avatar stands out from the crowd.