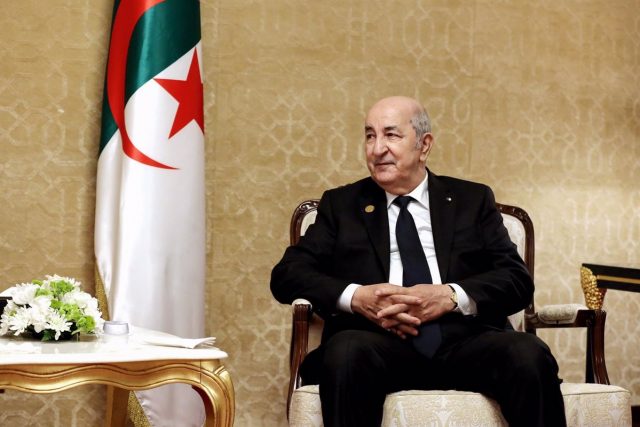 Algeria has disavowed the Professional Association of Banks and Financial Institutions (Abef) of Algeria, the entity that had announced Thursday the unblocking of banking operations with Spain, and has denied that it will resume such trade relations.

“Economic decisions, in particular those relating to trade partner relations, are the exclusive prerogative of the State and not of professional organizations, such as the Association of Banks and Financial Institutions (Abef),” reads a statement carried by the state news agency APS.

Algiers has clarified that the Abef is a professional association that defends the interests of its members and has recalled that this organization “cannot replace the state institutions in charge of finance, economy and foreign trade.”

“The communication about an alleged withdrawal of Algeria in its trade relations with Spain are erroneous, because no official information has been made public in this regard by the competent authorities or institutions,” the Algerian authorities have explained.

The Abef had announced Thursday the unblocking of banking operations with Spain, more than 50 days after Algiers announced the freezing of all transactions with Spanish banks.

In a missive sent to the general managers of Algerian banks and financial institutions, the Abef detailed that “the aforementioned precautionary measures no longer proceed”, thus rendering ineffective the ban on banking operations with Spain.

“I have the honor to inform you that, following the evaluation of the system described in this letter and in consultation with the foreign trade agents concerned, the precautionary measures (in relation to Spain) mentioned above are no longer necessary,” reads the statement from the Algerian employers’ association.

Since June 9, direct debits from Algeria with Spanish foreign trade have been frozen, as well as the suspension of the friendship treaty between the two countries, because of the “unjustifiable” turn of the Spanish government on Western Sahara.

The Algerian authorities reproach the Spanish authorities for the campaign undertaken to try to argue a political turn which, according to them, is a “violation of the legal, moral and political obligations” of what remains the “administering power” of Western Sahara.