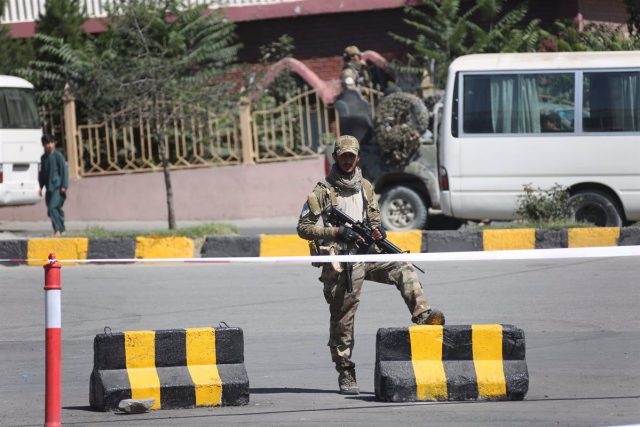 On August 15, 2021, Afghanistan turned back its clocks 20 years. Two decades after their overthrow at the hands of foreign troops led by the United States, the Taliban regained power with little opposition and began a political and social regression that the international community has not been able to stop from a distance.

The United States and the Taliban signed in February 2020 in Doha (Qatar) the agreement that was to put an end to the foreign military presence in Afghanistan, under a progressive withdrawal plan that ended up remaining a dead letter in the face of fragile political institutions and a growing insurgency.

Thus, the Taliban embarked on a reconquest that, province after province, culminated in mid-August 2021 with the formal seizure of Kabul and the flight of the then president, Ashraf Ghani, giving rise in turn to a hasty evacuation that left scenes of panic and chaos at the capital’s international airport.

Twelve months later, no country has formally recognized the Taliban as the legitimate rulers of Afghanistan — in the first stage only Saudi Arabia, the United Arab Emirates and Pakistan had done so — but the need to reach other agreements, for example to send aid, has prompted the international community to maintain contacts.

At the airport, now under the flag of the Taliban Islamic Emirate, there are regular flights to Dubai and Islamabad, while the visit in January this year of a delegation of the new regime to Oslo for talks with other parties – including representatives of the United States – showed how much the scenario had changed.

All this despite the fact that the Taliban have shown little sign of political adaptation and continue to rule with the same profiles and doctrines as 20 years earlier. The regime, theoretically provisional, excludes women and members of minorities while reserving a large presence for leaders persecuted by terrorists and members of the powerful Haqqani network.

The collective fear persists that Afghanistan could once again become a bastion for terrorist organizations because, despite the Taliban’s avowed animosity towards groups such as the Islamic State – which operates under the umbrella of the Khorasan Province – the ties that the late leader Mahmoud Mansur once wove with Al Qaeda do seem to persist.

Not in vain, Ayman al-Zawahiri, Usama bin Laden’s successor at the head of Al Qaeda and unaccounted for for years, was killed just this month by a US attack on a building in downtown Kabul, where analysts agree that he could not have been in any case without the connivance or at least the knowledge of the current Afghan leadership.

A report published in July by the UN mission in Afghanistan also highlighted the pattern of human rights violations, which includes all kinds of abuses, from torture to arbitrary detentions, including extrajudicial executions. Among the main targets of the crackdown were people linked to the deposed administration and its security forces, with at least 160 confirmed killings.

Amnesty International agrees with this reading and regrets in its latest report that “all hope for change has vanished as the Taliban seek to rule through repression and with total impunity.” The Office of the Prosecutor of the International Criminal Court (ICC) asked in September 2021 to resume its investigations in Afghanistan.

At the social level, the Taliban’s promises during their first days have fallen on deaf ears and they have not hesitated to launch messages against any behavior that contravenes their vision of ‘sharia’ or Islamic law, which affects issues such as leisure, dress or education, especially in the case of women.

Gender segregation has become the norm in a country where girls are now once again barred from secondary education. Moreover, the general recommendation is that women should not go out of the house unless necessary and, if they do, it should be in the company of a male and with practically their entire body covered.

Mariya, 16, claims in statements to the UN Children’s Fund (UNICEF) her “right” to return to class and finish the three years she has left in secondary school. “Some of my friends and classmates suffer from depression,” says this young woman, who recognizes that with the Taliban the gender gap has widened.

Read:  Ukraine brings to nearly 37,000 the number of Russian servicemen killed in action since the start of the war

The humanitarian situation has not improved either, to the point that Afghanistan is considered one of the biggest crises in the world. The emergence of the Taliban has meant that the number of people in humanitarian need has risen by six million and now represents almost 60 percent of the population.

The UN estimates that 24.4 million people are in need of aid, 12.9 million of them children. Arezzo’s seven-month-old, severely acutely malnourished family admits to UNICEF that they have been on the verge of giving her up for adoption on several occasions due to the impossibility of feeding her.

From a clinic, one of the mothers explains that when she went to this center for the first time her daughter was “very bad”. “Her eyes were closed and she kept vomiting. After a few days of treatment, she has opened her eyes,” she explains.

Ninety-seven percent of Afghans live in poverty and, for the average family, 90 percent of income goes to food – according to United Nations data – with no margin for unforeseen events or excesses in a context also marked by problems in the supply and increase of basic commodities.

Seven out of ten boys and more than half of girls have already exchanged school for work, according to a World Vision survey in several regions. UNICEF puts the proportion of households with at least one child working at 13 percent, while child marriage affects 28 percent of girls and adolescents.

All organizations agree that more funds are needed to alleviate the emergency. Of the $4.4 billion requested by the UN Office for the Coordination of Humanitarian Affairs (OCHA) in its humanitarian aid plan, only $1.8 billion, 41 percent of the total, has been raised.