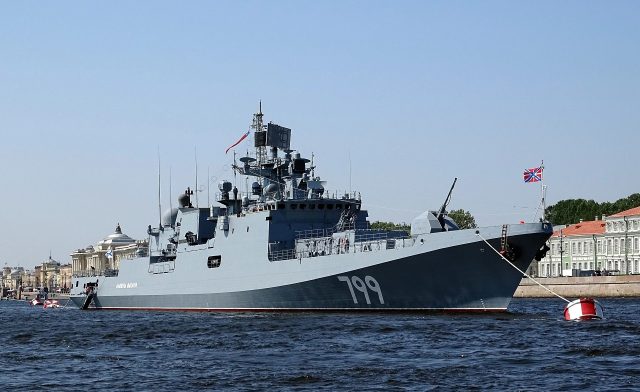 The Ukrainians allegedly managed to hit another important Russian ship, the frigate Admiral Makarov, which operates in the Black Sea. Many cruise missiles were launched from the military ship, targeting cities and other targets in Ukraine.

right OSINTdefender, a popular Twitter account that monitors the military situation in Eastern Europe, the ship was hit near Snake Island and is severely damaged or sank. Sources in the General Staff of the Ukrainian army also support this.

Ukrainian-made R-360 Neptune anti-ship missiles were also used in the operation. They were successfully used for the sinking of the flagship of the Russian Black Sea Fleet, Moscow.

#Ukraine‘s General Staff reported that #Russia has lost another ship. The MP from Odessa and local media outlets claim it is the Russian Navy patrol ship Admiral Makarov, an Admiral Grigorovich-class frigate.
Needs to be confirmed. pic.twitter.com/kj8HLJHPhj

Several ships and aircraft later appeared in the area where the frigate was hit, including a lifeboat. The 4,000-ton ship has a crew of about 200 people.

Read:  Antivirus maker Kasperky, added to the list of threats to US national security

Read also: How Ukraine managed to destroy a Russian military ship in the occupied port of Berdeansk

Admiral Makarov, of the Admiral Grigorovich class, was one of the most powerful ships in the Black Sea. The frigate, based in the port of Sevastopol, entered active service in 2017 and is said to have taken over as the flagship of Moscow.

Russian ships in the Black Sea are known for their offensive potential, but are not equipped with highly advanced defensive systems. This explains the success of Ukraine against them.

Read:  Razer has announced Tensorbook, a Linux laptop for AI development and research