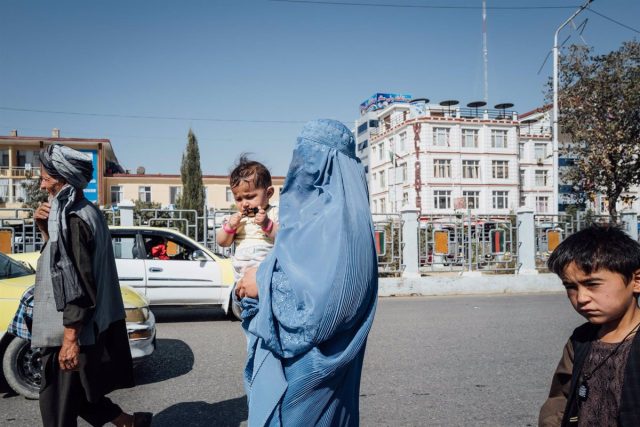 A group of women has demonstrated this Tuesday in Kabul to protest against the Taliban edict that forces them to cover their faces when they are in public places and that, as the regime has recognized, aims to promote the use of the burqa.

“The burqa is not our hijab,” uncovered protesters chanted, according to the Jaama news agency, which reported that Taliban militiamen dispersed the march and even arrested journalists.

Organizations such as the UN have accused the Taliban of continuing to curtail rights with an order that comes directly from the main leader, Hebatullah Ahundzada, and that urges women to stay at home as much as possible.

“The burqa is not our hijab!
Justice! Justice! We are tired of captivity!”

Women of #Afghanistan are protesting on the streets of Kabul against the Taliban’s forced decree for women to cover their faces in public.

There is only one word to describe these women: Brave! pic.twitter.com/571XDPS1Id

For those who go out on the street, he again proposes to cover himself from head to toe and expressly recommends the burqa. Those who fail to comply with the measure risk reprimands that will fall in principle on the male ‘guardian’, usually the husband or a direct relative.

Read:  Norway will pressure the Taliban with "tangible demands" in exchange for sending humanitarian aid

The burqa was one of the symbols of repression during the previous Taliban regime, which ended in 2001. The insurgents promised not to go back to the situation at that time after returning to power in August 2021, but in practice they have only taken steps back to try to remove women from the public sphere, also in the educational field and in the workplace.