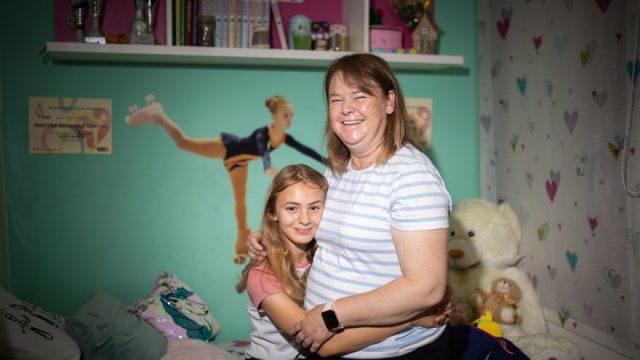 Montse Cortijo, 46 years old, was 32 years old when she was diagnosed with Parkinson’s. He gave no importance to those who were the first symptoms Of this neurodegenerative disease. “At the beginning I lost my sense of smell. Also, at that time I had a one-year-old son and, when I gave him the porridge, I noticed that my hand was trembling.” says this woman from Barcelona.

Doctors warn that, before having motor problems, patients with Parkinson’s disease develop symptoms such as anosmia (loss of smell), the constipation, the depression or the nightmares. That is why now Hospital Clínic (Barcelona) is leading the international study ‘Healthy Brain Aging’ or ‘HeBA’ (Healthy Brain Aging), which is seeking information from 50,000 Europeans without neurological problems of between 50 and 80 years of age. The objective is to identify as soon as possible to persons with a increased risk for Parkinson’s disease.

The diagnosis that changed everything

Montse attributed that tremor in her hand after feeding her son to the pain she had in her shoulder from holding him but, as it intensified, she decided to go to the neurologist. They ran tests and gave him the diagnosis that changed everything.

“I had a pretty bad time. I didn’t want to tell even my family, only my husband and a coworker knew. But in the end you have to learn to live with it and I told,” she says. Montse was early childhood education teacher, but six months ago she was given the absolute disability. “The change was beastly because you become dependent on people. For example, I used to love to drive and I can’t anymore. Also I ended up quitting my job. For me the hardest thing is to depend on other people.” he adds. He didn’t get to have depression but he admits that, especially at the beginning, he cried a lot.

“You become dependent on people. I used to love driving and I can’t anymore. I quit the job.”

Read:  The end of the mask triggers infectious diseases

Throughout these 14 years, Montse’s Parkinson’s has been progressing. The last years were very hard: her children had to help her get out of bed, she could not take a shower or dress herself. But one operation two years ago helped her get better. “I had some electrodes that give me a few small impulses because the problem with Parkinson’s is that the neurons are dying. I’ve improved a lot, but at least I can dress and shower by myself now. I can’t do other things, like playing paddleball on the beach or swimming in the pool,” she says.

Doctors believe that Montse developed Parkinson’s because of a genetic issue: his father also suffered from it. But they also suspect that the stress could be behind the disease. “They say that stress may be a factor that awakens this gene,” Montse explains. “What I would like to tell people is that. Parkinson’s is not just tremor. The slowness, the rigidity, the loss of smell are some of the symptoms even if there is no tremor,” she says. She goes every six months to the Hospital Clínic for tests and, once a year, they remove fluid from his spinal cord and do memory tests.

Getting ahead of the disease

María José Martí is a neurologist in the Parkinson’s and Movement Disorders Unit at the Clínic and the principal investigator of the ‘Healthy Brain Aging’ study, which involves centers not only in Barcelona, but also in Luxembourg and Innsbruck (Austria). “With Parkinson’s it happens as with many neurodegenerative diseases: when it is diagnosed, the patient has already lost 60% of neurons. We can no longer go back. However, there are drugs that could be useful if we were able to diagnose it earlier,” explains Martí.

That is the aim of the study, which initially consists of a web questionnaire which can be answered by clicking on this link. Constipation, depression, loss of smell or REM sleep phase disorders. (nightmares or talking at night) are some of the symptoms that come before the motor problems of Parkinson’s. “We are looking to see if the general population has one or many of these symptoms that predict the disease and do a kind of paradigm that helps to know which ones are more at risk of developing Parkinson’s disease,” says the neurologist.

Read:  The president of the veterinarians: "Right now, most diseases are zoonotic"

Parkinson’s begins to develop “about 20 years earlier,” although “it does not show its face until there are many neurons lost.”

Only 10% of people under 40 have Parkinson’s, but the incidence is 800 cases per 100,000 population in people in their 80s. There is a very low percentage of people who inherit it, although if you have family with Parkinson’s you run a higher risk of developing it. It is, says Martí, “an old people’s disease.” but “probably begins to develop 20 years earlier,” although it is “it doesn’t show its face until there are many neurons lost.”

For example, one of the most significant symptoms of Parkinson’s is loss of smell. About 80% of patients with Parkinson’s have been suffering from it for years. Another 50% of these patients have sleep disorders. “People don’t make a big deal about talking at night, and that could be a symptom,” warns Dr. This year, calculates, the results of the study will be ready.

Parkinson’s has no cure and, for the time being, only its symptoms are treated. According to Marti, in recent years, the following were made. several studies to look for the causes of the disease, e.g., genetics. “But they have been very ineffective and we are always too late to cure it,” she concludes.