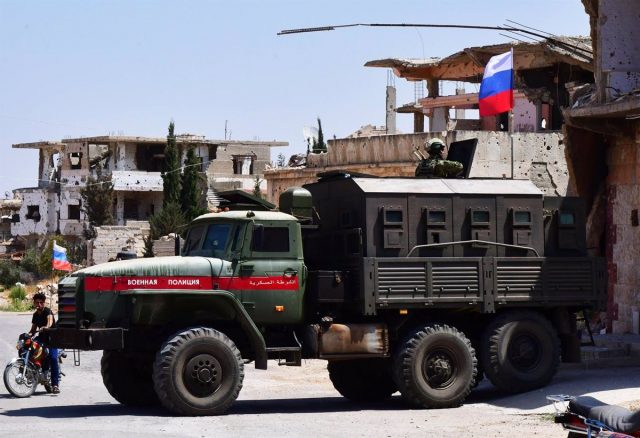 The Russian Defense Ministry announced Wednesday night that its anti-aircraft defenses have shot down two drones allegedly launched by rebel militias in the area near the Hmeimim military base in western Syria.

A spokesman for Russian forces in Syria has indicated that “Russian air defense systems have destroyed two unmanned aerial devices used by militiamen at a distance of two kilometers from the base.” “There were no casualties or material damage,” he has added.

“The Hmeimim base is functioning as planned,” he stressed, before detailing that the drones were detected at around 10.10 p.m. (local time) on Wednesday, as reported by the Russian news agency Interfax.

Finally, he has denounced that “illegal armed formations in the de-escalation zone in Idlib are still trying to carry out attacks against the Russian base in Hmeimim using drones.”

Russia is one of Syrian President Bashar al-Assad’s main international supporters, and its military intervention in 2015 enabled government forces to repel rebel advances and take back the initiative on the battlefield.