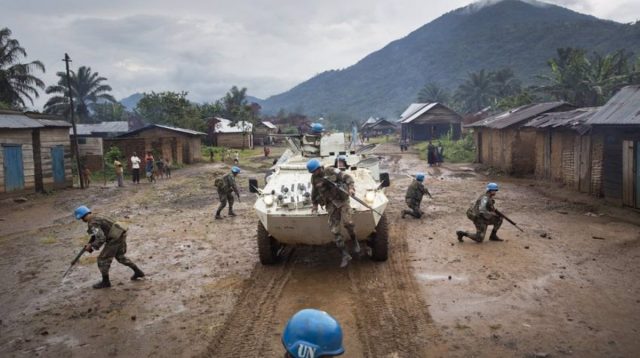 The number of people killed during protests against the United Nations presence in the Democratic Republic of Congo (DRC) has risen to 22, local authorities have said.

Government spokesman Patrick Muyaya Katembwe confirmed Wednesday the number of people killed in the demonstration, and detailed that 67 others were injured, some of them seriously.

The riots began on Monday, when violent demonstrators stormed a building of the UN Mission in the Democratic Republic of Congo(MINUSCO) in the city of Goma, in the province of North Kivu.

Read:  Russia and the international community engage in an information blackout on the invasion

The protests have come after the president of the Congolese Senate, Modeste Bahati, called last July 15 for MONUSCO to “pack its bags” after 22 years of a presence in which “it has not been able to impose peace in the east of the country.”

MONUSCO has been stationed in northeastern Congo for more than 20 years in an attempt to shore up peace in the country despite the presence of some 130 different armed groups vying for control of the DRC’s vast natural wealth, which includes copper, cobalt, gold and diamonds.