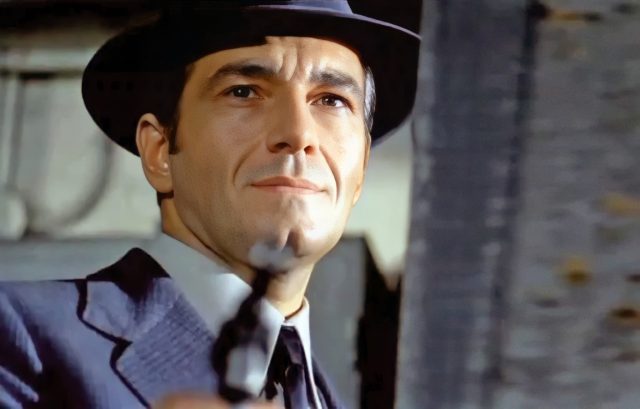 Sergiu Nicolaescu is without a doubt the best known Romanian director, working largely during the communist period, but also a little after that period.

In fact, a number of jokes, harmless in fact, used to be made about the master, Romanians remarking that in his films, he seemed to do absolutely everything: acting, directing, screenplay, stunt work… maybe even cleaning on the set (we have no way of knowing, after all). The latter statement is made in jest, naturally.

Sergiu Nicolaescu, from the beginning

Some have challenged him, most have loved him. Not for nothing, but during the communist period, cinema was not quite as free as it is today. Under these conditions, people didn’t have much choice, having to make do with what the regime was feeding them.

Sergiu Nicolaescu knew how to resist communism, trying to please the rulers. However, he would later confess that even he had managed to get certain scenes into films that would otherwise have been considered forbidden. For example, the director said, in an interview with TVR (which you can see in full at the end of this article), that he was the first Romanian director since the communist era to be allowed to film in a church in one of his films.

The great director was born Sergiu Florin Nicolaescu in Târgu Jiu, in a family of Aromanians. When he was 5 years old, little Sergiu had to move with his family to Timișoara because his father had given him a better job.

Sergiu Nicolaescu discovered his love for cinema at an early age. It is said that he used to run away from home to see the same film at the cinema two or even three times.

Read:  Dacia Bigster, officially revealed: everything about the biggest car from Mioveni

“Opposite our house was a Turkish fortress in the Military Park. There was also a little church with a hill under which we discovered the heart of the underground in Timișoara, the city being a former Turkish fortress. We reached cellars, barracks where there were everything from uniforms to shells and weapons, which we stole. We used to open the shells, take out the lead, take out the gunpowder, throw it on the street and light it to scare the girls”, Sergiu Nicolaescu said years ago, according to Adevărul.

He managed to do four years of high school in two and graduated from this educational institution at the age of 16, well ahead of others.

As a teenager, he put a gun to his head. “I wanted to shoot myself three times. It was a revolver I had in the house. I actually pulled the trigger. Each time. I got lucky, apparently. Why did I do it? I don’t know. I was sick of it all, I was indifferent to life. War trauma, probably. But I had an absolutely free and fascinating childhood,” Sergiu Nicolaescu recounted, according to Libertatea.

Life as a director and what followed after the Revolution

He made his directorial debut in 1959, with the documentary “The Clams”, made at a depth of 30 metres, a rare film for those times. He soon directed Memory of the Rose, a short film that was a big hit at Cannes.

Passionate about history, it wasn’t long before the artist asked to make historical films, but was turned down. However, he succeeded a little later with the film Dacii, and later received approval for Michael the Brave.

Although he wasn’t convinced at first that Nea Mărin Miliardar could be a success, he eventually agreed to take on the film. This production subsequently became the most watched Romanian film of all time.

Beyond the “propaganda” made for the communists, the 1989 Revolution did not take Sergiu Nicolaescu by surprise at all, proving, this time too, a great power of adaptation. He continued to direct after the fall of communism, his best known film from that period being Orient Express, but he also entered politics, on the side of the FSN, then the PSD.

Sergiu Nicolaescu is known to have been a “king”. Being handsome, charming and known by an entire country, it is easy to understand that women swarmed around him. His success with women has remained constant over the years.

He was married three times throughout his life, with long breaks of celibacy between marriages. The first marriage occurred when Nicolaescu was 24 years old, but an unwanted and subsequently interrupted pregnancy led to the end of the marriage. In the meantime he married Gabriela Nicolaescu, but this marriage was not meant to last either.

His last wife was Dana Nicolaescu, whom he married in 2005, although the two had been in a relationship since 1996.