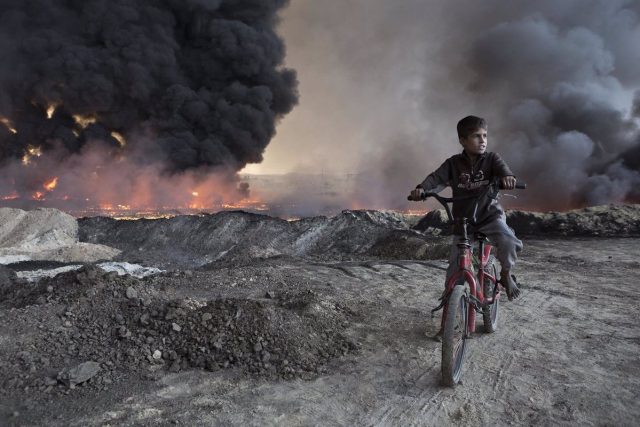 At least 13 people have been killed and 58 injured on Wednesday in a series of missile and drone attacks carried out by Iran’s Revolutionary Guards against Iraqi Kurdistan, the authorities of this semi-autonomous region have confirmed.

The Anti-Terrorist Foundation in the Iraqi Kurdistan Region has detailed that more than 70 ‘Fateh’ ballistic missiles and drones have been launched from inside Iranian territory towards the Iraqi semi-autonomous region, all in four stages, the Shafaq news portal has reported.

The dead include a pregnant woman, while the wounded include a vast majority of civilians, including children under the age of ten, students, teachers and journalists.

According to reports picked up by the Kurdish TV channel Rudaw, the attacks have hit headquarters of the Kurdistan Freedom Party (PAK), the Democratic Party of Kurdistan of Iran (PDKI), the Party for a Free Life for Kurdistan (PJAK) and Komala in the provinces of Suleimani and Erbil.

The Iranian Revolutionary Guard has said it has attacked “positions of terrorist groups” with “precision missiles” and drones, without commenting on possible deaths, as reported by the Iranian news agency Tasnim. This is the fifth consecutive day of attacks against targets in Iraqi Kurdistan.

For his part, the head of the PAK, Husein Yazdanpana, has confirmed that the formation has suffered “multiple” casualties in a bombing against its base in Sheraua, near Pirde, while the PDKI has denounced an attack against its headquarters in Koya.

Likewise, Mohamed Sali Qaderi, a senior party official, has stressed that in the camp “there are women and children” and added that there are also several bases of Kurdish-Iranian groups in the vicinity.

Earlier Wednesday, the Iraqi Foreign Ministry announced that it will summon Iran’s ambassador to the country to protest the “continuous shelling of areas in the Kurdistan Region.” In statements to the Iraqi news agency INA, the Ministry’s spokesman, Ahmad al Sahaf, said that the ambassador “will be summoned urgently to receive a note of protest.”

Shortly before the announcement, the Iraqi Foreign Ministry condemned the missile and artillery attacks perpetrated by Iranian forces and warned of activating the “highest level diplomatic response.”

Another of those who has spoken out against the attacks has been the U.S. National Security Advisor, Jake Sullivan, who has shown his support for Iraq’s leaders in the region and has condemned the events as “an assault on the sovereignty of Iraq and its people.”

In this regard, he has explained that the Iranian side uses these attacks to divert attention from its internal problems. “Its provision of drones to Russia for its war of aggression in Ukraine and to its proxies throughout the Middle East region should be universally condemned,” he has stressed.

The PDKI claims the creation of a Kurdish entity in Iran, something the Islamic Republic has refused to do. PDKI and Revolutionary Guards fighters clashed in 2015 in northern Iran, leaving several dead and wounded on both sides.

For his part, Komala Secretary Abdullah Muhtedi has condemned the Iranian attacks and stressed that the offense will “unite the parties” and Iranian Kurds “against the Islamic Republic.” “We call on the West and the United States to put an end to Iranian aggression,” he concluded.

Iranian authorities have accused Kurdish opposition groups of whipping up recent protests in the country over the death of Mahsa Amini, a 22-year-old woman from the Kurdish minority who died in custody after being detained in Tehran for allegedly wearing the veil incorrectly.

Iran has about seven million Kurds, representing about ten percent of its population. Most live in the Kurdistan region, located in the northwest of the country, along the border with Iraq.