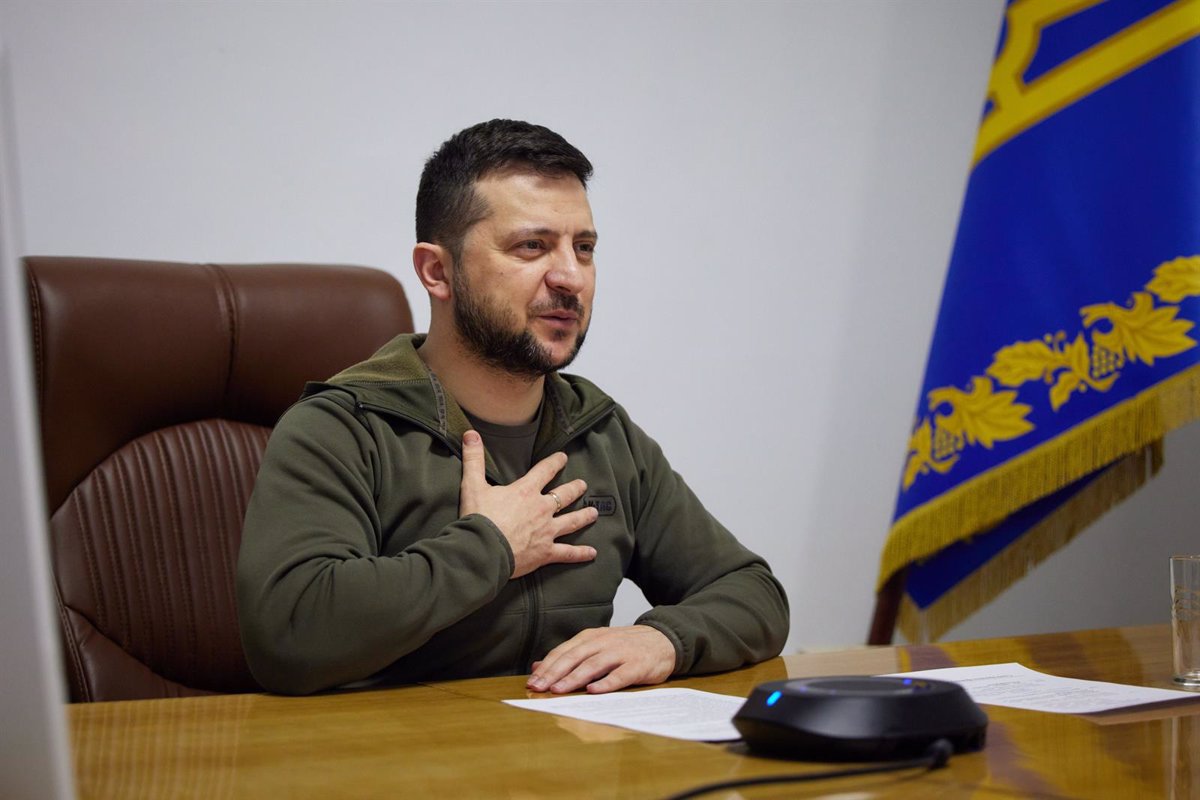 Ukrainian President Volodimir Zelensky said on Sunday that Ukraine is willing to accept a neutral and non-nuclear status in an interview with independent Russian journalists.

“The security guarantees and the neutral and non-nuclear status of our state. We are willing to accept it. This is the most important point,” Zelenski said, as reported by CNN.

Thus, he has emphasized that “any agreement would have to be submitted to the Ukrainian people in a referendum.”

In his daily address to the nation, Zelensky mentioned “the destruction” of freedom of expression in Russia and regarding the interview with independent journalists, he pointed out that Russia “is afraid of a relatively short conversation with several journalists and that is Ukraine is doing well,” Ukraine’s presidential website said in a statement.

“A new round of negotiations awaits us, because we seek peace. Truly. Without delay. As I was informed, there is an opportunity and a need for a face-to-face meeting in Turkey,” Zelensky stressed.

Thus, he reiterated that Ukraine’s priorities in the negotiations are the sovereignty and territorial integrity of the country and effective security guarantees. “Our goal is obvious: peace and the restoration of normal life in our home state as soon as possible,” she said.

“Today I supported the world marathon for peace in Ukraine. Not only on television. In dozens of cities around the world, people gathered in support of our state, in support of freedom. It’s a pleasure,” he stressed. the mandatary.

Likewise, he has asserted that he will continue “appealing to the parliaments of other countries.”

He has also sent a message to the Ukrainian Armed Forces: “over and over again I never tire of giving thanks. To each of our defenders. To all those who fight for our future, for our children, for our people”, the president has sentenced.