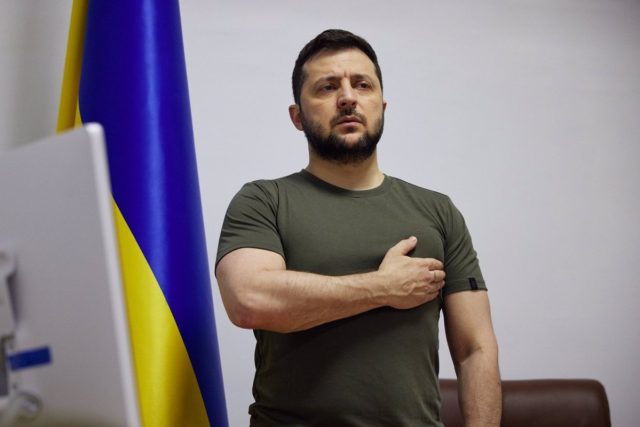 Ukrainian President Volodimir Zelensky has claimed that Russian citizens “are not being told the truth” in the framework of Russia’s announcement to resume the mobilization of young people for compulsory spring military service.

“This year’s recruits may be sent to war against our state, against our people. It is a guaranteed death for many very young boys. And although they are not our citizens, it is still our duty as a people to warn them,” he said.

Thus, he has reminded the families of the recruits that “no more deaths are needed.” “Save your children so they don’t become villains. Don’t send them to the Army,” Zelensky asked, adding that the fate of military operations is not passed on to them.

“I want to dwell on the fact that Russia is trying to bring people into the Army in Crimea. This is a violation of Humanitarian Law and a war crime for which there will be responsibility. And it is also an argument to increase sanctions against Russia,” the Ukrainian president has defended.

He has also warned that Russian troops appoint “some temporary leaders” in the occupied territories, whom he has called ‘gauleiter’, a German term used by the Nazis. “They are threatening employees of companies and authorities to cooperate with these designated persons,” he has said.

Regarding the advances in Ukrainian territory, he assured that the Russian Army is accumulating troops in the Donbas region, in the direction of Kharkov. “They are preparing for new powerful blows,” he warned.

“Europe has no right to react silently to what is happening in our Mariúpol. The whole world must react to this humanitarian catastrophe,” he said, recalling the conversations he had with French President Emmanuel Macron.

“We are separately agreeing on the withdrawal of the wounded and dead from the city. We are talking about this with Turkey as a mediator. I hope to be able to report the details soon,” added Zelenski, who also referred to the meeting with the president of Parliament. European, Roberta Metsola.

In this sense, he said that this “important” visit “shows other politicians that courage at a time like this is one of the most important traits for a politician.” Finally, Zelensky has named the month of Ramadan: “Ukrainian Muslims along with all Muslims in the world.”