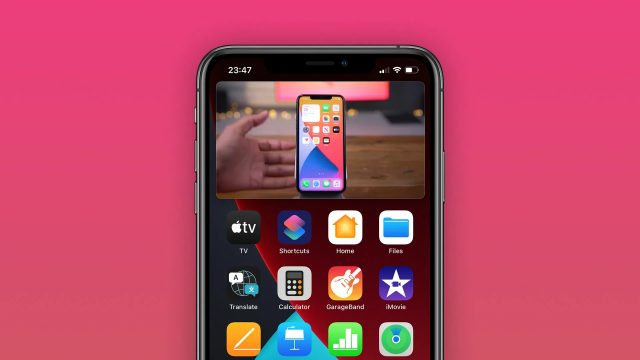 UPDATE: YouTube’s official Twitter account has confirmed that the feature will return to iOS in the final version in the next few days and will be available to non-users:

Are you using an iOS smartphone? If so, the Picture-in-Picture feature is still rolling out & will be available in a matter of days across all iOS 15+ devices. Tweet back @ us if needed.

IOS Premium subscription users have been enjoying a very useful feature for the last few months, which has been around for a long time on Android: Picture in Picture. This way, when you play a video on YouTube, you can leave the app, and the clip can stay in the foreground, floating over other apps. However, the function was an experimental one, with a limited availability period. The YouTube test seems to be complete, and this capability is now removed.

Picture in Picture has been in testing for months

It’s not clear why YouTube is releasing a feature that seems to be running smoothly. This isn’t even a capability that YouTube first brought to the iPhone, with Picture in Picture playback being enabled by Apple at the operating system level in iOS 14, and it can do that with most videos in the browser. Thus, it is not clear why YouTube needs months of testing before activating the “final” feature, as it only uses an API already written by Apple.

Read:  Lidl has 2 useful products on offer for those going on holiday

However, YouTube Premium users were greeted over the weekend by the message that Picture in Picture has ended its testing period and is no longer available. However, this capability still works, at least temporarily, for those who already had it active, but may disappear for the next update of the application, or the next update of the YouTube servers.

However, those who do not have access to Picture in Picture at all are those who have Premium subscriptions and who have not registered for this test yet. Previously, the test was available in the experimental features section, which is now only available to Premium subscribers. So users had to pay their monthly subscription anyway to access such a feature that Google has now released.

Read:  Gmail gets a new interface with quick access to major Google services

YouTube could reintroduce the feature into a “finished” version

Given that Picture in Picture on YouTube worked well, no major issues, there’s little reason why Google shouldn’t offer this feature in the “final” version for all Premium users from now on. Removal from the test version could mean that a formal capability release is being prepared. Even stranger is the fact that YouTube TV, the company’s Internet TV service available in the US, recently added Picture In Picture functionality, and it doesn’t go away after this update.

Thus, there are great chances to see the reintroduction of Picture in Picture on YouTube in the near future on iOS.