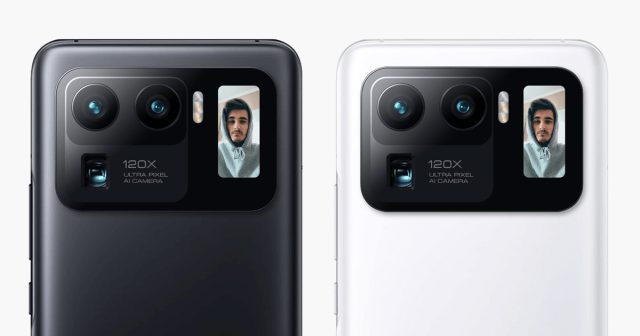 Huawei was Leica’s first mobile partner, but that exclusivity disappeared with US restrictions on the Chinese manufacturer. Since then, Leica has partnered with other competing brands, such as Sharp, which has even created a dedicated phone for Leica, the Leitz Phone 1 model. However, it seems that Xiaomi is now courting the German camera brand.

I already knew that Xiaomi could work with Leica to develop a smartphone. At the time, it looked like it might be an Ultra version of Xiaomi 12, the Chinese company’s 2022 flagship, but so far we haven’t heard any news about such a model. However, new information revealed by one of the well-known leakers close to Xiaomi, the Polish Kacper Skrzypek, suggests that a launch is imminent.

Read:  Samsung is correcting the list of specifications for Galaxy S22 and S22 +. The screens are not LTPO

Xiaomi 12 Ultra could be launched in the very near future, as MIUI already includes references to Leica shooting modes in the image editor integrated in the gallery application. In the application code you can see some “Leica” shooting modes, such as Monochrom or Natural, something I’ve seen before on Huawei phones, but under different names.

Huawei’s latest flagship smartphone, the P50 Pro, still maintains a partnership with Leica, despite the fact that the Sharp Aquos R6 and Leitz Phone 1 also use the company’s technologies. It seems that Leica is adopting a similar strategy to that of ZEISS, which offers its technologies to several phone brands, including Sony, Nokia and Vivo. Leica camera phones may become much more popular than before, if the German brand wants to expand its customer base.

If Xiaomi enters into a partnership with Leica, Samsung and Apple will remain the only companies in the top 5 ranking of smartphone manufacturers that do not have a partner for cameras. The other companies, Vivo and Oppo, have ZEISS and Hasselblad branding, respectively, on the flagship casings. There were rumors last year about a Samsung partnership with Olympus / OM-System, for the integration of a double stabilization (IBIS + OIS). In the meantime, a smartphone with this technology has already been launched: Find X5 Pro from Oppo.