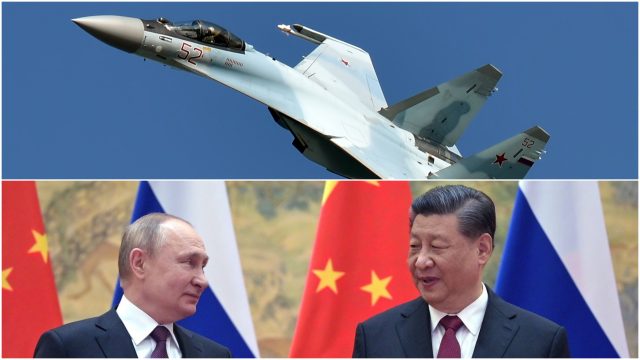 China has taken delivery of the 24 Su-35S (NATO: Flanker-E) jets ordered from Russia in a deal worth $2.5 billion.

The planes, of the 4.5 generation, cost about $100 million apiece at the time the contract was signed. Meanwhile, prices have come down, but a Su-35S still costs about $65 million today.

According to Ukrainian intelligence, only 9 of the 24 aircraft are fully operational. The rest have various problems, and most are avionics-related.

The Su-35 was one of the most feared multirole aircraft before the outbreak of war in Ukraine. Its image as a lethal weapon faded after Ukraine managed to shoot down more than 20 units. Information coming out of China will further diminish the plane’s appeal.

Also read: The reason why Russia did not send the pride of its air force, the Su-57 “Felon”, to Ukraine

Because of heavy losses in Ukraine, Russia is considering reintroducing old Su-24 units into service to take over ground attack duties from the Su-35.

The Su-35S, the newest version of the aircraft, first flew in 2008. The project was developed as an intermediate step up to the Su-57 stealth aircraft.

So far 142 Su-35S units have been built. One of these would end up in American and British hands after being shot down by the Ukrainians.

Read:  Constantin Bălăceanu-Stolnici is a guest on the ALTCEVA podcast with Adrian Artene

Russia’s other export weapons have also fared poorly in Ukraine. Examples are the Tigr armoured vehicle or the S-400 airborne systems, apparently incapable of intercepting missiles fired by HIMARS launchers.