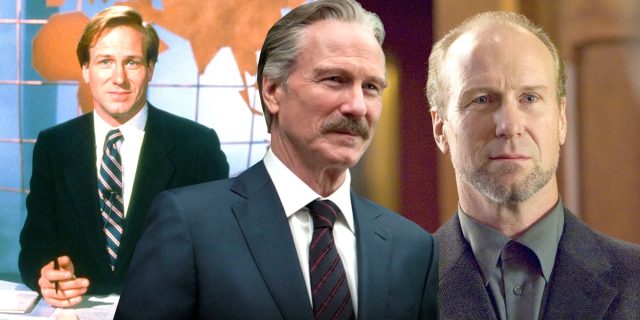 The acclaimed Oscar-winning actor and winner, William Hurt, has died at the age of 71. The announcement was made by his own family.

Hurt has been a prolific actor, starring in many well-rated films since the early 1980s, such as “Altered States”, “Body Heat” and “The Big Chill”.

In 1985, he won an Oscar for his portrayal of “Kiss of the Spider Woman.” Hurt later appeared in other major films such as “Children of a Lesser God,” “Broadcast News,” “The Accidental Tourist,” and “The Doctor.”

William Hurt was a regular on the small and large screens between the 1990s and 2000, playing John Robinson in “Lost in Space” in 1998, and was also featured in the cult sci-fi film Dark City. ”.

Moreover, the actor gave life to Duke Atreides, in the adaptation of the mini-series “Dune”, to later appear in Steven Spielberg’s film, “AI Artificial Intelligence”, in 2001.

He later took on the role of Thaddeus “Thunderbolt” Ross in the 2008 film “The Incredible Hulk”, a role he would reprise in several MCU films, including “Captain America: Civil War”, “Avengers: Infinity War ”,“ Avengers: Endgame ”, but also“ Black Widow ”, finally.

William Hurt is no longer with us

Unfortunately, William Hurt died at the age of 71 after being diagnosed with end-stage prostate cancer in 2018.

Read:  "Secret" beaches in Romania: places on the coast where there is no "shame"

The actor’s family wrote a message announcing his death, as follows:

“With great sadness, the Hurt family mourns the death of William Hurt, the loving father and Oscar-winning actor, on March 13, 2022, one week before his 72nd birthday. He died peacefully in the family due to natural causes. The family demands decency, in these moments of hardship “, it is shown in the message announcing the death of the great actor.