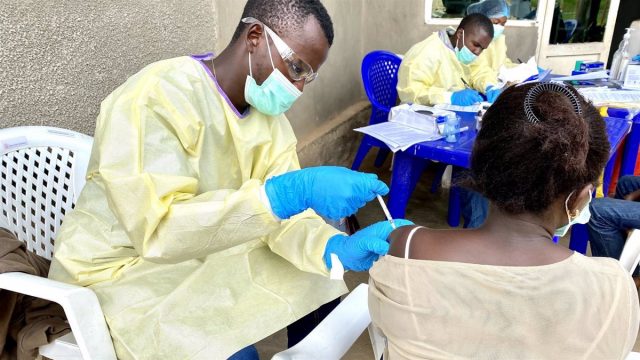 The World Health Organization (WHO) has warned of a new Ebola outbreak in the Congolese region of North Kivu, in the east of the African country, after the worst prognoses for the case that last week was classified as suspicious were confirmed.

The case is that of a 46-year-old woman who died on August 15 in the city of Beni. Although she initially received medical attention for other ailments, she ended up presenting symptoms compatible with Ebola vierus.

Tests carried out on the sick woman confirmed the presence of the virus and genetic analyses link her contagion to the largest Ebola outbreak suffered in the Democratic Republic of Congo, which caused between 2018 and 2020 more than 2,200 deaths.

The head of the WHO for Africa, Matshidiso Moeti, sees “worrying” this type of resurgence, which is “occurring more and more frequently.” However, she is confident that the experience of authorities and communities will serve to “rapidly” contain the new outbreak.

Local staff, in collaboration with WHO, have already identified some 160 contacts of patient zero and the first 200 doses of Ebola vaccine will arrive this week in Beni.