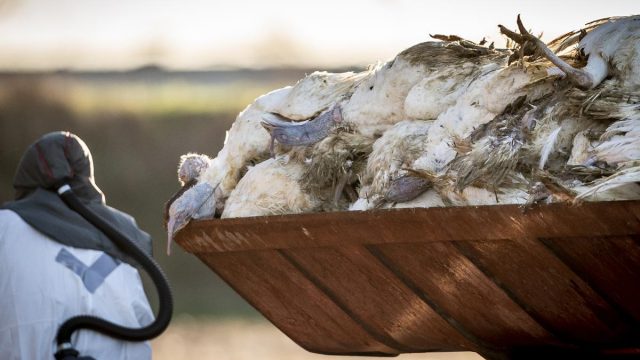 The World Health Organization (WHO) confirmed Friday that two people at infected with avian influenza in September and October following an outbreak of this disease on a farm in Guadalajarathe first cases detected in Spain.

Until now, only one case of this disease, which can be fatal, had been detected on the European continent (in the United Kingdom in 2021), while worldwide since 2003, 868 human infections were confirmed, with 456 deaths.

The two cases were detected in workers on a farm where an influenza outbreak in birds was confirmed on September 20, after which control and prevention measures were taken, WHO said in a statement.

Health sources, consulted by Europa Press, have confirmed this second infection and clarified that they are “closed cases”. Both infections have occurred in young men and, according to the report published by WHO, “no evidence of person-to-person transmission has been identified in this event”. Also, neither of the two workers have presented any symptoms.

Read:  WHO warns of the possibility of the spread of cholera or other infectious diseases in Ukraine

The first worker was detected following an outbreak in poultry confirmed on September 20 at the poultry farm. After the outbreak in poultry became known, nasopharyngeal samples were collected from the 12 farm workers and avian influenza A(H5N1) virus was detected in one of the workers, a 19-year-old male. The affected person remained in isolation for a day until he tested negative on a second test. A close contact of the case was also negative.

Following on-farm response and detection measures, all workers were tested again on October 13. On that day, the avian influenza virus was detected in a nasopharyngeal sample from another worker, specifically an 27-year-old man who was involved in control measures, including cleaning and disinfection with personal protective equipment. He has remained in isolation until October 22 when a second sample was negative by RT-PCR. Two close contacts of his were identified and tested negative by respiratory sampling.

Read:  Disney Shanghai closes for Covid-19 and leaves visitors confined until they are tested

The detection of avian influenza in these individuals, according to WHO, was likely due to exposure to infected poultry or contaminated environments. Avian influenza infections in people can range from asymptomatic or mild upper respiratory tract infection (fever and cough) to rapid progression to severe pneumonia, acute respiratory distress syndrome, shock, and even death.

Currently, there is no vaccine to protect against avian influenza, so the UN agency recommends that all persons involved in work with poultry or birds should be vaccinated against seasonal influenza to reduce the theoretical risk of a flare-up event.