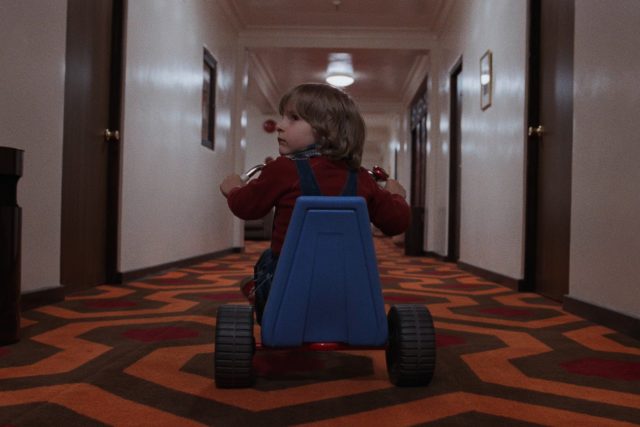 Their reasons varied. Some simply couldn’t find others. Others wanted to pursue different careers, such as law or teaching, while some former actors simply hated the Hollywood spotlight.

Young Anakin Skywalker, Danny Torrance or Homer Parrish are among the most memorable characters in film history. However, the actors who played those roles have never appeared in another major role.

There are twists and there are strange stories. The stunning revelation about The Crying Game qualifies as the latter. Jaye Davidson took on the role of the beautiful Dil in the 1992 political thriller The Crying Game. The film’s protagonist, a former IRA member named Fergus (Stephen Rea), falls in love with Dil and eventually discovers she is trans.

The Crying Game was nominated for six Academy Awards, including a nod for Davidson. However, the graphic reveal of Dil’s male parts is the only part of the film everyone remembers.

What happened next: Davidson had no acting experience when she landed the role of the transgender woman. She had one more on the big screen after The Crying Game. He played the sun god, Ra, in 1994’s Stargate. Davidson then decided to retire from acting.

“Back then I didn’t think there were enough roles for black people. And then, when you also say you’re gay, that’s double tragedy,” he said. “So I thought I’d go out and look for roles. It’s hard to live like that.”

After retiring from acting, she began a lucrative career in modeling.

Danny Lloyd was only 5 years old when he played Danny Torrance in the film The Shining. The adaptation of Stephen King’s 1980 book, which was directed by famed perfectionist Stanley Kubrick, became Lloyd’s only role. In the film, young Danny is blessed (or perhaps cursed) with the psychic ability to “glow,” which allows him to detect spirits in the Overlook Hotel. Danny is the son of Jack (Jack Nicholson) and Wendy (Shelley Duvall).

Read:  VIDEO Willow got a new trailer: when you can see the show on Disney+

The character’s tricycle ride through the Overlook has been studied by movie buffs for decades. In addition, his imaginary friend Tony and the word “Redrum” are trademarks in cult movie lore.

What happened next: Lloyd became a biology professor at a community college in Kentucky. He married and had four children. In 2017, he gave an extensive interview to The Guardian, detailing his post-Hollywood life. “I don’t do a lot of interviews,” he said. “But when I do, I try to make it clear that The Shining was a good experience. I look back on it fondly. What happened to me was that I didn’t do anything else after the movie.”

Lloyd admitted that he didn’t even realize he was making a horror film. He tried to get other roles after The Shining. However, he gave that up for good when he turned 13.

“I don’t regret trying to act,” he said. “When I decided to stop, I was assumed, though. In the end, it’s no big deal. Well, it is and it isn’t. Now I have to grade papers at school, get the kids to bed. Just the usual things that everyone does.”

Peter Ostrum was 12 years old when he played the lead role of Charlie Bucket in Willy Wonka and the Chocolate Factory. Charlie is a poor kid who wins the Golden Ticket for the coveted chance to visit Wonka’s chocolate factory. Ostrum had no acting experience at the time. Thanks to Charlie’s honesty, he becomes heir to the candy empire.

What happened next: Charlie Bucket turned out to be Ostrum’s only big screen role. He enjoyed the experience of being in a big movie, but still opted to retire from the film industry for good at the age of 13. Most people don’t remember that when the now-cult classic premiered in the early 1970s, it wasn’t a hit. That all changed only when Roald Dahl’s adaptation was released on home video a decade later.

Ostrum chose to pursue a traditional career. After his parents got him a horse as a teenager living in Ohio, he became interested in veterinary medicine. “Everyone thinks acting is such a glamorous profession, but it’s a difficult profession,” Ostrum said. “I remember the veterinarian going out and taking care of horses and it made a good impression on me,” he said.

Read:  Tesla security issues: what a kid did

Renée Jeanne Falconetti – The Passion of Joan of Arc

Renée Jeanne Falconetti was an accomplished French actress, and director Carl Theodor Dreyer cast her in his 1928 silent film The Passion of Joan of Arc.

Falconetti played a 19-year-old girl, despite being 35 and inexperienced in film. Both Falconetti’s performance and the film itself are still considered among the most acclaimed in film history.

What happened next: Falconetti never acted on the big screen again. Dreyer used an unconventional shooting and editing style that made the filmmaking process a laborious endeavor.

Film critic Roger Ebert wrote in his review of the silent classic: “For Falconetti, the show was an ordeal. Rumors on the set told of Dreyer allegedly forcing her to kneel on the stone and then wiping every expression from her face so the viewer could read the character’s suppressed grief. He filmed the same shots over and over, hoping that in the editing room he could find just the right nuance in the actress’s facial expression.

Paul is a loyal friend to Kevin. However, the two eventually drift apart.

What happened next: Saviano decided to retire from acting after The Wonder Years. He stayed away from show business, except for a three-episode arc in Law & Order: Special Victims Unit, which ran in 2014. Saviano attended Yale University and, like his small-screen persona, eventually became a lawyer. Saviano also founded an independent consulting firm “designed exclusively for artists, entertainers, athletes, influencers and other creatives.”