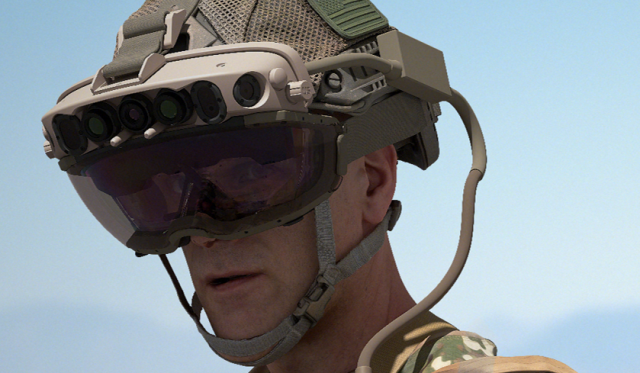 Microsoft last year confirmed receipt of a contract with the US Army, reaching a theoretical value of up to $21.88 billion, in a collaboration expected to span at least 10 years. The aim is to equip the US Army with 120,000 AR (augmented reality) headsets, to be used to communicate real-time information to soldiers, assist mission coordination, and even identify and hit targets on the battlefield. The high-tech accessory is based on the Integrated Visual Augmentation System (IVAS) design, developed as an enhanced version of Microsoft’s HoloLens 2 technology.

According to Microsoft’s explanation, “the program provides enhanced situational awareness, enabling information sharing and decision making in a variety of scenarios.”

In the first phase of the contract, planned to last two years, Microsoft will deliver $480 million worth of VR accessories tailored to the rigors and needs of the battlefield. According to details found in the contract won by the US company in 2018, AR headsets would be delivered to equip up to 100,000 soldiers.

“Augmented reality technology will provide troops with more and better information to aid decision-making. This new work extends our long-standing and trusted relationship with the Department of Defense to this new area,” said a Microsoft spokesperson.+ Unlike the civilian version, the military edition of the HoloLens headset comes in a housing that is much better protected against weather and misuse, while also offering increased visibility, from 40°x30° to 80°x40°, above and beyond any other AR accessory currently on the market.

Potential use cases for AR headsets include:

The US military is also testing vehicle integrations, such as soldiers being able to see through the walls of the armoured vehicle carrying them, so that when they exit the vehicle they will be fully informed of potential dangers in their vicinity.

Apparently, some of Microsoft’s employees protested upon learning of the company’s plan to provide advanced technologies for military use. But the rebellion was put down by CEO Satya Nadella: “We have made a principled decision that we will not withhold technology from the institutions we have chosen in democracies to protect the freedoms we enjoy.”