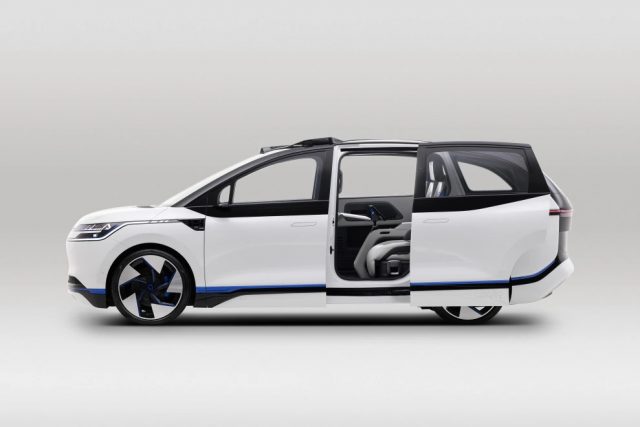 Best known for its search engine of the same name, Baidu now has the first fleet of robotaxis that can travel without a driver on board, with Chinese authorities allowing the service to operate without the help of driver-supervisors.

Fully named Apollo RT6 EV, this is a hybrid between a conventional SUV and a minivan, complete with sliding doors that open so you can get out of the car even in a tight parking lot. But the main distinguishing feature is the dashboard with no instruments and no steering wheel. Basically, this is a front-back passenger vehicle, where you can sit in the driver’s seat without being bothered by the steering wheel or pedals.

Assuming you can get over the awkward feeling of sitting in the driver’s seat in a car with no steering wheel and no one in control, you can spend the entire trip admiring the scenery, eating your previously purchased breakfast, or reading a book.

The new electric vehicle for robotaxi services is already the sixth generation of Baidu’s signature autonomous vehicle and the first model built on its own Xinghe platform. Baidu claims that recent advances in optimizing manufacturing processes have greatly reduced production costs, making it possible to manufacture and operate a fleet that will eventually number tens of thousands of driverless taxi cars covering major Chinese metropolises such as Beijing, Shanghai, Guangzhou and Shenzhen by next year.

To be fair, the approvals received for fully autonomous taxis are only for a relatively small area, covering the Wuhan City Economic and Technological Development Zone (13km²) and the Yongchuan District of Chongqing City (30km²).

Read:  Xiaomi's Redmi Note series could be the next not to ship with a bundled charger To facilitate this service, Baidu has worked closely with the Chinese authorities, optimising road markings and signalling systems, anticipating any situation that might put the computer installed in the cars in difficulty. It should be noted that for the robo-taxi service to work flawlessly, several redundancy options have been provided, from the permanent monitoring of vehicles in traffic from a directly connected control centre, to the possibility of taking remote control of any vehicle, with an operator driving the car remotely, using an interface not dissimilar to that of a gaming car simulator.