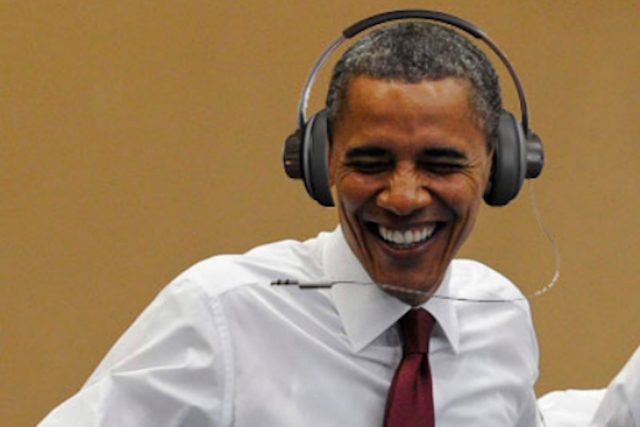 Former US President Barack Obama has announced his 44 favourite songs to listen to this summer.

As far as we can tell from this list, it’s a pretty eclectic mix of pop, r&b and hip hop tracks.

However, Barack Obama’s list is dominated by oldies like Prince’s “Let’s Go Crazy,” Bruce Springsteen’s “Dancing In The Dark,” Miles Davis’ “Blue and Green,” and many others.

In fact, the appearance of slightly older songs on this list is somewhat normal, especially considering the former president’s age (60). We all tend to listen, at least once in a while, to songs from our youth, childhood, adolescence, etc – in other words, nostalgia prevails when it comes to music.

Read:  Actor Dumitru Furdui, fugitive from socialist Romania, died a tragic death: what a bizarre end perhaps the most beloved "militiaman" had

“Every year, I’m excited to share my summer playlist with you because I learn about so many new artists from the feedback I get from you. It’s an example of how music can truly bring us all together. Here’s what we’ve been listening to this summer. What songs would you add to this list?” wrote Barack Obama, on Twitter.

It should also be noted that Barack Obama also listed some recent tracks, such as “Break My Soul” by Beyonce, “Vibe Out” by Tems, “Ojitos Lindos” by Bad Bunny and Bomba Estereo, “Cherries” by Hope Tala, and more.

Read:  Majel Barrett-Roddenberry, the "grandmother" of Siri and Alexa assistants: the life story of the actress who gave the computerized voice from Star Trek

The former President of the United States’ choices seem to be quite varied, depending on the genre, and that’s a good thing, since that way he can give suggestions to others who may be at a musical impasse.

Every year, I get excited to share my summer playlist because I learn about so many new artists from your replies-it’s an example of how music really can bring us all together.

Here’s what I’ve been listening to this summer. What songs would you add? pic.twitter.com/9OgPq0SRy4