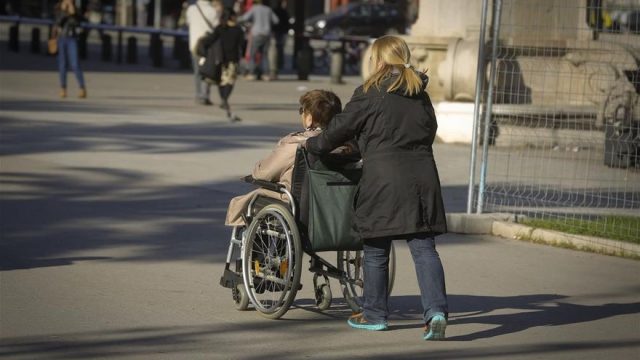 During the five years before before people develop the first clinically recognized signs of multiple sclerosis (EM), have up to four times more likely being treated for nervous system disorders, such as pain or sleep problems, and are 50% more likely to suffer from any mood or anxiety disorder, according to research from the University of British Columbia (UBC) in Vancouver , Canada.

The study could allow doctors to diagnose the disease and start treating it sooner, possibly would slow damage to the brain and spinal cord. Multiple sclerosis, a disease of the nervous system Affecting the brain and spinal cord, it arises when the body’s immune system attacks the myelin, the fatty material that insulates neurons and allows rapid transmission of electrical signals. When myelin is damaged, it disrupts communication between the brain and other parts of the bodyleading to vision problems, muscle weakness, difficulty with balance and coordination, and cognitive deficiencies.

Because the symptoms are varied, often associated with other disorders, and can be transient, diagnosing MS can be challenging. Confirmation of the disease is usually done by magnetic resonance imaging (MRI), nerve impulse testing, or spinal fluid examination.

Read:  Josefa Pérez, the first Catalan woman to be vaccinated against covid-19, now receives the first fourth dose in Catalonia.

Fibromyalgia and irritable bowel, common in people with MS

They also found two other disorders with markedly higher rates among people diagnosed with multiple sclerosis: migraines and any mood or anxiety disorders, such as depression, anxiety Y Bipolar disorder. Higher rates of these diseases also correspond with increased use of medications for musculoskeletal, nervous system, and genitourinary tract disorders, along with antidepressants and antibiotics.

Read:  This is how the 'super rats' that save lives are trained

The study, published in Multiple Sclerosis Journal, provides definitive evidence that MS may be preceded by early symptoms, known as prodromes, which are not considered “classic” manifestations of the disease, such as blurred vision, numbness, or weakness in the extremities. As recently as 2000, medical textbooks pointed out that MS did not have a prodrome, that is, the discomfort that precedes the disease.

“The existence of such warning signs are well accepted for Alzheimer’s and Parkinson’s diseases, but there has been little research on a similar pattern for MS,” says Tremlett, Professor of Neuroepidemiology and Multiple Sclerosis Research and a member of the Djavad Mowafaghian Center for Brain Health. “Now we need to dig deeper into this phenomenon. We want to see if there are any discernible patterns related to gender, age or the type of MS that they ultimately develop,” she says.