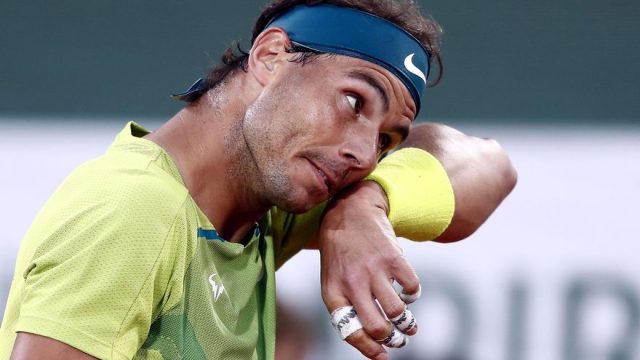 The tennis player Rafael Nadal suffer a necrosis in a bone of foot and he is playing Roland Garros with the limb anesthetized. The repeated problems that this injury carries him have triggered rumors that the number 1 tennis player in the ATP leave the racket after the Parisian tournament. This Friday afternoon (2:45 p.m.) he faces Alexander Zverev in the semifinals of the French Open. At stake will be the pass to the final and the fourteenth trophy for Nadal since 2005. But why does a bone die?

Nadal suffers from the syndrome Müller-Weiss and specifically has necrotic the tarsal scaphoid from his left foot. Is a degenerative illness which causes a big pain when walking and deformation of the extremity. This bone is located in the middle part of the foot and is essential for its mobility.

Read:  A tide of white coats sweeps through Barcelona in defense of public health care

The death of a bone occurs when the blood flow is compromised or insufficient. In this way, it weakens and deforms. If it is very necrotic, it can even break. This means that the rest of the joint deteriorate. the injury Müller-Weiss can lead to another: the flatfoot and, over the years, osteoarthritis.

tennis coach, Carlos Moyadoes not avoid the injury or the rumors of a possible withdrawal. “We all know what he is going through. Don’t expect him to be playing with a amputated foot or with a prosthesis”, he joked among the huddles of the Parisian tournament. “But he will tell you. Do not expect miracles. We are going to assess the total miracle when this tournament ends, we don’t know where it will end or when”, highlighted Moyá.

Read:  Catalonia will guarantee breast reconstruction after mastectomy in less than 180 days