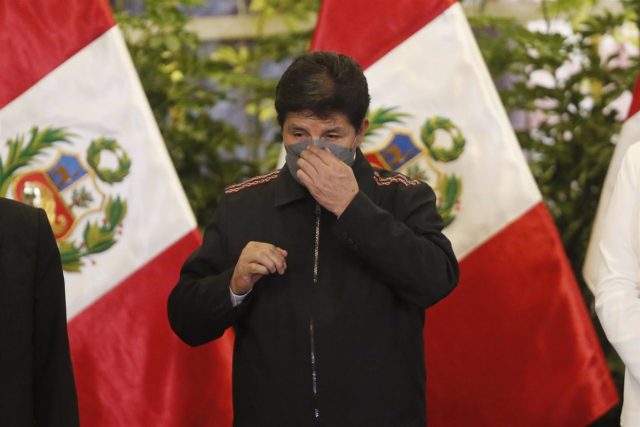 More than 71.4 percent of the population of Peru is against the management of the country’s president, Pedro Castillo, when he is barely ten months in office, according to a CPI survey.

Although the level of disapproval of the president has decreased somewhat more than one percent compared to the April survey, the level of support for the head of state has also decreased, going from 21.2 percent in April to 20, 7 percent in May.

This study, collected exclusively by the RPP radio station, shows that the greatest rejection of Castillo occurs in the province of Lima, where it reaches 85.8 percent, while less than eight percent support him.

The levels of rejection of Castillo have been declining since the first survey, carried out in August 2021, when 47.7 percent of citizens were against him just a few weeks after reaching the Presidency in an election marked by the accusations made by his rival, Keiko Fujimori, regarding alleged irregularities in the count that were finally dismissed.

Read:  Pedro Castillo's sister-in-law turns herself in to the Prosecutor's Office

LACK OF CAPACITY AND ECONOMIC ISSUES

Among that part of the population that does not trust the president, almost 48 percent have alluded to Castillo’s lack of ability to govern, while 14.4 percent have referred to economic issues and the increase in poverty in Peru.

On the other hand, 14.3 percent have shown their rejection of the head of state because they consider that he has not fulfilled the promises he made during the electoral campaign, while another 5.5 percent criticizes that the president is corrupt or is surrounded by it.

In line with those who consider that he has not kept his word, another four percent have pointed out that Castillo has not solved the main problems that the country was facing when he took the reins of the Presidency.

Among those who support the president, 23.2 percent consider that Congress is not letting him work, and 17 percent affirm that he is doing a good job, while 6.6 percent have indicated that they support the most needy, as well as 5.4 percent say they support him because he was democratically elected.

Finally, the CPI survey shows that Castillo is the one who causes the most damage to Peru’s interests (30.6 percent), followed by Fujimori (20.5 percent) and the leader of the ruling party Peru Libre, Vladimir Cerrón (17 .2 percent).

On the other hand, the Congress of the Republic is considered the institution that harms the country the most, a theory supported by 2.8 percent of the population, followed by the president of the Chamber, María del Carmen Alva (1.4 percent). hundred).