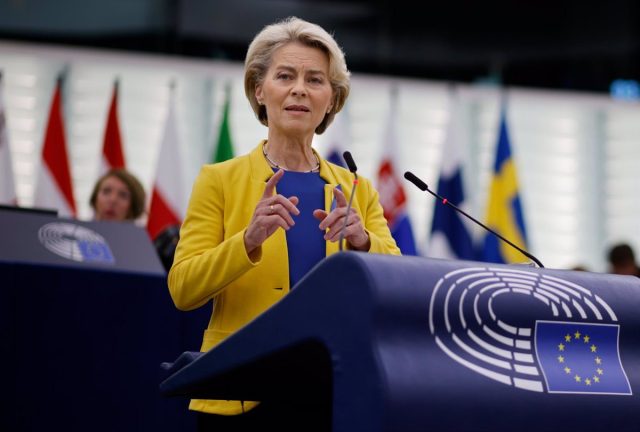 European Commission President Ursula von der Leyen arrived Thursday in Kiev to meet with Ukrainian President Volodimir Zelenski on a whirlwind trip during which she may discuss new measures to support Ukraine.

European sources have confirmed that the head of the European Executive is already in the Ukrainian capital, where she will discuss with Zelenski the latest European initiatives in the face of the Russian military invasion.

During the State of the Union Debate in Strasbourg, France, Von der Leyen announced 100 million euros for the reconstruction of schools in Ukraine, the country’s access to European ‘roaming’ and greater access to the single market.

Read:  Petro affirms that his victory in the first round marks the end of Uribismo and promises "a real change" in Colombia

In her speech, the German conservative demanded firmness from the EU to maintain the pulse with the Russian president, Vladimir Putin, in the middle of the energy crisis in Europe and defended that the European sanctions are already affecting the Russian economy and that “they have come to stay”.

“I want to make it clear, sanctions are here to stay. This is the time for us to show determination, not appeasement,” he said, in a call to maintain unity within the EU-27 at a time when Moscow is going to try to exploit the differences between member states.