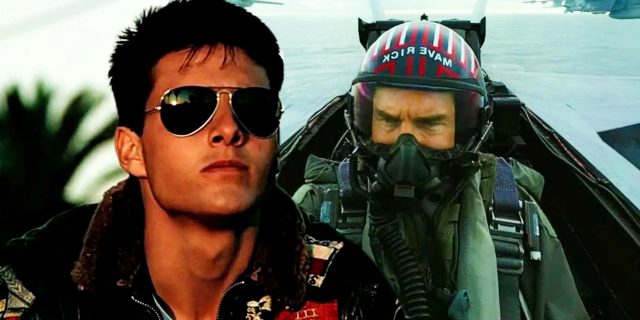 Tom Cruise shows off his flying skills in a new behind-the-scenes video for his upcoming action movie “Top Gun: Maverick.”

Cruise returns as Pete “Maverick” Mitchell, a sequel to the cult classic “Top Gun”, which focuses on a squadron of US Navy pilots as part of the elite TOPGUN training program. Originally released in 1987, the Tony Scott-directed film was well-received by the public and quickly garnered huge revenue.

Tom Cruise returns to the “Top Gun” franchise and not anyway, but with a new set of stunts, this time aerial

In the new “Top Gun”, Maverick is now responsible for training new pilots for a special mission, under the orders of Tom “Iceman” Kazansky, played by Val Kilmer, who resumes his role in the franchise.

Read:  Not only Tesla has problems with cars: the huge number recalled by Mercedes, why

Originally scheduled for 2019, due to difficulties in filming on real planes and the COVID-19 pandemic, the film has been postponed until 2022.

To mark the imminent launch of the much-loved production, Tom Cruise posted on his Twitter account a video in which we can see him flying a real plane.

With a camera mounted in the cockpit of an F / A-18 and aimed directly at Cruise’s face, the actor fights with acceleration forces as he shoots the plane over a mountainous landscape. Tom Cruise confessed that he wanted to make a sequel to “Top Gun” only if he had the right story in the script, but also if the technology would allow the script to fit perfectly into the rules of the present. And this is what happened.

This has been a long time coming. #TopGun pic.twitter.com/qlaXZRIPNt