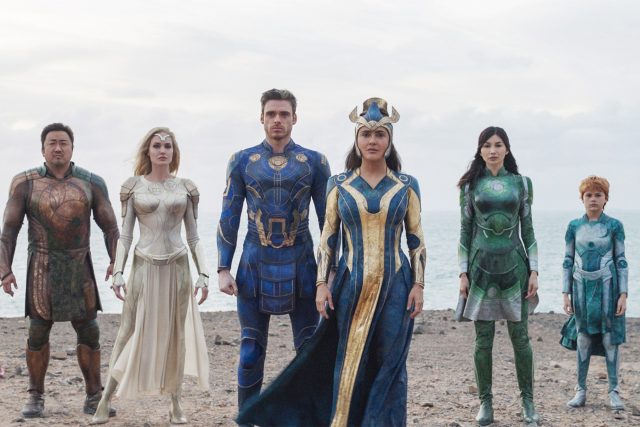 If the movie trailers were sincere, obviously not all productions would end up being watched. The latest episode Screen Junkies – Honest Trailers targets “The Eternals” and raises laughter in the fan community.

In the newest collection of video sequences, published by Screen Junkies – Honest Trailers, we can see the movie “The Eternals” taken in viewfinder, but also in… “balloon”. The YouTube user highlights how similar they are the Marvel Cinematic Universe movie with the DC world (which could be seen as a real blasphemy, since these two studios compete with each other).

“The Eternals”, a small failure, despite the exceptional cast

Recent MCU production marks the beginning of an immortal alien race and explores its origins, suggesting that this race was created by the ancient Celestials (Celestials) more than 7,000 years ago. This race has the role of protecting humanity from the threat of Deviants.

The start of filming for “The Eternals” was announced for the first time in early 2018, with Oscar winner Chloé Zha being selected to direct and rewrite the screenplay, giving her total freedom.

However, despite the favorable premises, the film did not receive the best reviews, on the contrary, it could be said.

The last shot for “The Eternals” was applied by Screen Junkie, in the series “Honest Trailers”, which highlights the striking similarities between what we can see in this production and what happens, in general, in the DC universe.

As expected, the candid trailer of Screen Junkies was followed by countless funny comments from fans, but also a shower of laughter.