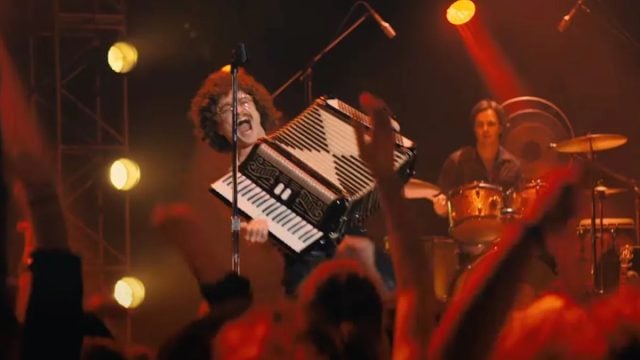 The first trailer for Weird: The Al Yankovic Story shows Daniel Radcliffe singing on stage and playing the role of the famous satirist, “the weird Al”.

Daniel Radcliffe “gives life” to Weird Al, in the new film produced by Roku Original and directed by Eric Appel, the one who made the original short film in 2010 and who came to inspire the feature film version.

Weird: The Al Yankovic Story was filmed in just 18 days, which mobilized the actor to learn to play the accordion right from Weird Al. Daniel Radcliffe previously said that “wearing a Hawaiian T-shirt is a huge responsibility,” so he took it seriously enough.

Read:  Ranking of the best-selling electric cars: where Tesla is located, the unexpected surprise

Al Yankovic made a career of parodying famous musicians, such as Michael Jackson, Eminem or Madonna, with hilarious music videos that soon went viral. The musician is also known for his voice, lending it to animated characters from Pete the Cat, American Dad! and Bojack Horseman.

Roku has released the first trailer for The Al Yankovic Story, which seems to be anything but a standard biographical film. Radcliffe is seen for the first time on stage singing or doing break dancing, among many others.

Although he first appeared in the role of Harry Potter, it seems that Daniel Radcliffe is a big fan of the challenges – which he always accepts. In recent years, the actor has received several roles in atypical films such as Horns, Swiss Army Man. In the latest, The Lost City, the actor can be seen with Sandra Bullock and Channing Tatum.