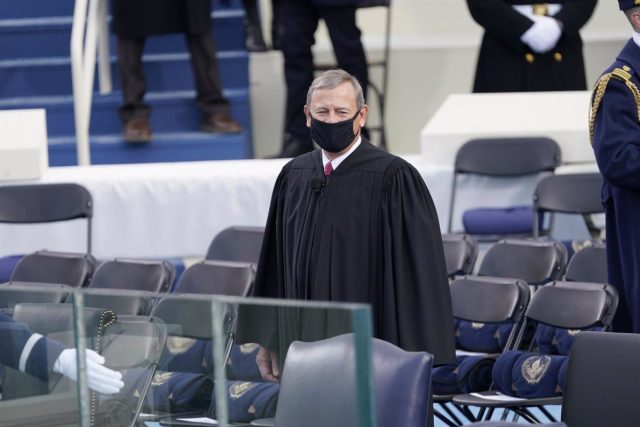 The president of the Supreme Court of the United States, John Roberts, confirmed on Tuesday the authenticity of the draft that annuls the historic ruling of ‘Roe vs. Wade’, which first recognized women’s right to unrestricted abortion during the first trimester of pregnancy, which has been leaked to public opinion.

Roberts, who has stressed that this is not a final decision, has ordered the opening of an investigation into the leak, and has indicated that the “betrayal” is intended to “undermine the integrity” of the court’s work. In a statement, she has assured that the work of the Supreme “will not be affected in any way.”

The Supreme Court shares drafts internally before making them public, its president has highlighted, who has indicated that it is something “routine” and “an essential part of the confidential deliberative work” of the court, the American press has picked up.

For this reason, Roberts, who has highlighted that court employees have an “exemplary tradition” of respecting the confidentiality of the judicial process, has lamented that it is a “unique and egregious” violation of this trust and an “affront to the court and public servants” who work there.

The vice president of the United States, Kamala Harris, has echoed Roberts’ confirmation that the draft is authentic and has highlighted that ‘Roe vs. Wade’ “protects women’s fundamental right to privacy.”

“What is clear is that those who oppose the ruling seek to punish women and take away the right to make decisions about their bodies,” Harris said in a statement. “Republican lawmakers in states across the country are weaponizing laws against women,” she added.

The US vice president has stressed that the rights of “all” Americans “are at risk.” “If the right to privacy is weakened, all people may face a future in which the government can potentially interfere in the personal decisions that are made in life,” he continued, before insisting that it is time to fight for women’s rights and for America.

Read:  Kazakhstan reaffirms its "neutrality" in foreign policy and calls for "unity and harmony".

The United States Supreme Court has privately voted to overturn the landmark Roe v. Wade ruling, which recognized for the first time women’s right to unrestricted abortion during the first trimester of pregnancy, a legal precedent that has been used in the country since 1973.

In a 98-page document, written by Judge Samuel Alito, the majority of members of the Supreme Court would have decided to annul the historic ruling, which establishes the constitutional right to abortion, which could transform the panorama of reproductive health for millions of women in the United States, according to a draft leaked by ‘Politico’.

The President of the United States, Joe Biden, has stressed during this session that the right to voluntary interruption of pregnancy is “fundamental” and has questioned whether the Supreme Court can annul the ruling on which it is based, for the sake of both ” basic justice” and legal “stability”.