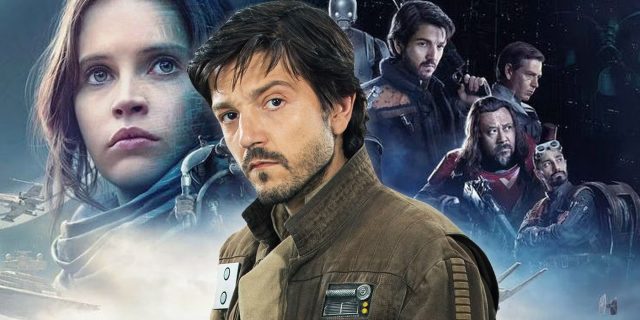 A new trailer for Andor has been officially released. Starring Diego Luna as Cassian Andor, the latest Star Wars TV series is gearing up for release in turn soon.

Set five years before Rogue One, the series (which is confirmed to run for two seasons) tells the story of how Cassian became the fierce rebel who gave his life to steal the Death Star plans. In addition to Luna, Andor also stars Genevieve O’Reilly, Adria Arjona, Stellan Skarsgård and many others.

Lucasfilm began its marketing campaign for the series by releasing the first Andor trailer during Star Wars Celebration in May. The preview set the tone for an epic war drama reminiscent of Rogue One, depicting the Empire at the height of its powers and a Rebellion in progress.

Read:  A new giant enters Romania and works wonders for the local economy: how big the investment is

Andor could be in for a lot of success

As previously mentioned, Lucasfilm has released a new trailer. In addition, it also revealed a new poster.

The official Andor release has been delayed until September 21, with a special three-episode premiere.

One of the most important conclusions is that Andor is aiming pretty high.

Based on the way the trailer is set up, we can tell that Cassian’s origin story is just a sliver of a much larger universe yet to be revealed.

Overall, the series is about the origins of the Rebel Alliance, as evidenced by Mon Mothma’s maneuvering in the Imperial Senate and the character played by Skarsgård, Luther Rand, who recruits people (including Cassian) to fight for the cause. Rand seems to play as important a role in Andor as the main character.

Read:  Good news for the electric car industry: what the numbers show, who leads the top

It will be very interesting to see how these narrative threads will mesh with each other. In a first instance, the story will run for 12 episodes.

You’ll be able to watch the series on Disney+.