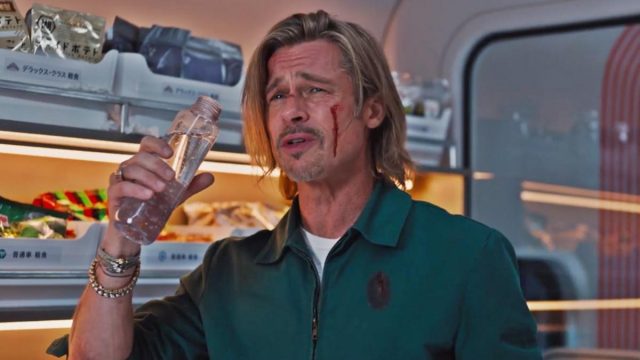 Bullet Train, the latest movie to feature Sony’s Brad Pitt, seems to be a fan favorite these days, ranking first in the theater favorites.

This was possible in the very first weekend of its release, during which Bullet Train grossed $30.1 million, and this looks like just the beginning, but it remains to be seen.

Bullet Train tells the story of a hitman named Ladybug (played by Brad Pitt) who is given an extremely easy assignment, namely to find a suitcase of money on a train.

What initially seems easy enough turns into a real adventure, since he’s not the only one looking for that suitcase, hence the plot, naturally.

Read:  Old and polluting cars in Romania, "an invasion": the warning of experts for Romanian drivers

What other movies, besides Bullet Train, are in the top favorites this season

DC’s League of Super-Pets is in second place, just behind Bullet Train, with $11.2 million in grosses.

Third place goes to Universal’s Nope with $8.5 million, followed by the Marvel production Thor: Love and Thunder and Minions: Rise of Gru.

Top Gun: Maverick is still holding its own and is still on the charts. In fact, this movie broke some nice records this summer. At the moment, the film starring Tom Cruise as test pilot Pete Maverick Mitchell has reached a fabulous $662 million and shows no signs of stopping there, trying to go beyond the “speed of sound”.

Read:  REVIEW The Tree of Blood, the Spanish Netflix movie you don't want to miss

Also in the top ten are Where the Crawdads Sing, Easter Sunday, Elvis and The Black Phone.