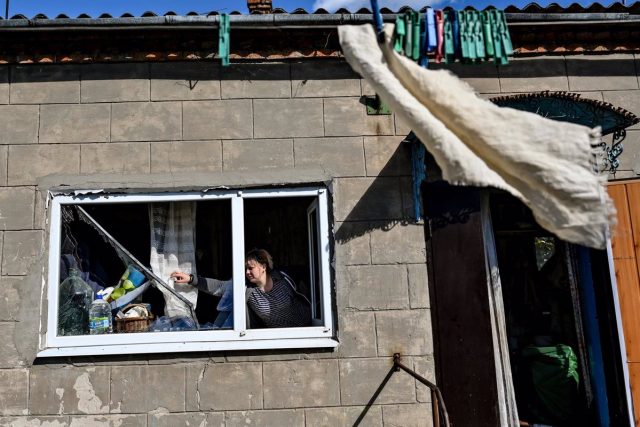 The U.S. ambassador to Ukraine, Bridget A. Brink, has assured that the mobilization of reservists announced Wednesday by Russian President Vladimir Putin is a “sign of weakness”.

For Brink, both this call-up and the “farce” of the referendums called in several regions of eastern Ukraine are evidence of the “failure” of Russia, which in February ordered through Putin’s mouth a military offensive on the neighboring country.

“The United States will never recognize Russia’s claim to allegedly annexed Ukrainian territory and we will continue to support Ukraine for as long as necessary,” the ambassador stressed on her Twitter account.

For his part, the strategic communication coordinator of the US National Security Council, John Kirby, has assessed that “much of what (Putin) said is typical” and something that “has been heard before,” including “the threat of neo-Nazis in Ukraine” and “the threat against their own territory.”

“The only territorial integrity that is being threatened remains that of Ukraine,” Kirby said, stressing that the United States “expected” the announcement about a mobilization. However, he acknowledged that the figure of 300,000 recruits that Moscow is handling “is a lot” and pointed out that “it is almost double what it deployed in February for the war”.

Read:  Panama regulates cannabis consumption for medicinal and therapeutic use

Thus, he said that “it is clearly a sign that it is having problems” in the war and added that Russia “has suffered tens of thousands of casualties”, “has a low level of morale” and “command and control problems are not being solved”. “It has problems with desertions and is forcing the wounded back into battle. There are problems at the personnel level,” he explained.

Kirby has further stated that the United States “has to take seriously” Putin’s warnings about the possible use of nuclear weapons in the event of a threat to Russian territorial integrity. “It is irresponsible for a nuclear power to speak in this way,” he lamented, in the framework of an interview granted to the U.S. television network ABC.

“We are monitoring their strategic posture as best we can to alter ours if necessary, but we see no signs that this is necessary at the moment,” he stressed, while stressing that there must be “serious consequences” if Russia finally opts for the use of weapons of mass destruction.

“Not only that it would be even more of a pariah at the international level, but there would have to be serious consequences that should be adopted by the international community,” he said, before reiterating the rejection of the United States to the referendums called by the pro-Russian authorities of regions occupied by Russian troops.

In this regard, he has argued that Putin “is trying” to annex these territories to Russia “to have political legitimacy.” “It is not Russian territory and will not be, even as a result of these fake referendums. We will continue to support Ukraine with security and economic assistance for as long as it is necessary,” he has promised.

“It is Ukrainian territory, no matter what fake referendum they hold or what vote takes place,” Kirby has pointed out, who has also pointed to the doubts expressed by countries such as China, India or Iran, considered to be close to Russia, in view of the drift of the conflict.