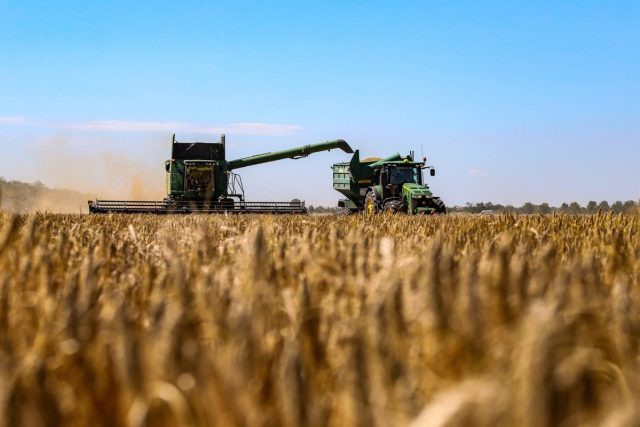 U.S. State Department spokesman Ned Price has applauded the agreement to be signed this Friday by Russia and Ukraine for the export of Ukrainian grain, although he warned that what is “important” is that the Russian side complies with the pact.

“We applaud the hard work of the UN secretary general. We applaud the diligent work of our Turkish allies. And this is something that not only the United States has called for (…) The fact is that, to date, Russia has turned food into weapons during this conflict,” Price asserted at a press conference.

The United States has singled out Russia for allegedly destroying agricultural facilities and preventing millions of tons of Ukrainian grain from reaching “those who need it,” which is why it has been skeptical that Russia will now honor its agreements with Ukraine and Turkey.

In this sense, Price has reiterated that the country “welcomes the announcement”, and that it is now focused “on demanding Russia to take responsibility for the implementation of this agreement and to allow Ukrainian grain to reach world markets”.

“Russia has been enacting this blockade for far too long now. It is a reflection of Russia’s wanton disregard for lives and livelihoods, not just in the region, but far beyond the fact that we have had to come to this point,” the State Department spokesman assured.

On the other hand, Price has detailed that, although the United States has not actively participated in the mediation to reach the agreement, it has supported the United Nations, Turkey and Ukraine “in their efforts” to reach it.

“We have been briefed by the UN at various stages. Our experts have compared and shared notes with their experts. The same is true for our Turkish allies and our Ukrainian partners,” Price added.

Turkish authorities reported Wednesday afternoon that Russia and Ukraine have reached an agreement on grain exports from Ukrainian ports and that this Friday at 16:30 (local time) the signing of the pact will take place in Istanbul.

Up to this point, much of the international community has blamed Russia for blocking food exports from Ukrainian ports and across the Black Sea. However, Moscow defends itself from these accusations and points directly to Kiev for causing this situation which, according to the United Nations, has a negative impact on the entire planet.