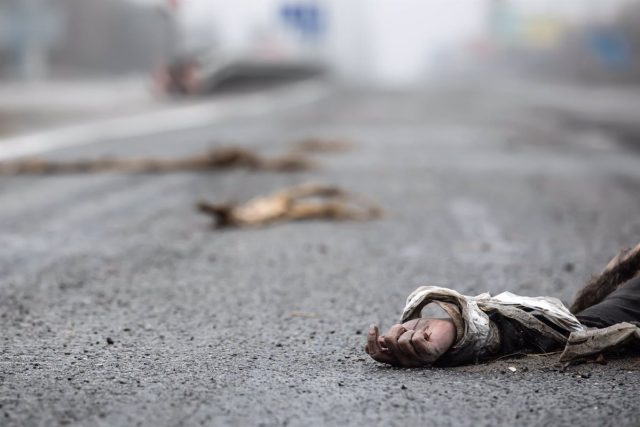 More than 1,700 Ukrainian civilians have died and more than 2,300 have been injured as a result of the Russian invasion of Ukraine, according to the latest updated balance of the United Nations High Commissioner for Human Rights, published this Saturday.

“From 4 a.m. on February 24, when the Russian Federation’s armed attack against Ukraine began, until 12 a.m. on April 8, the High Commissioner has recorded 3,893 civilian casualties in Ukraine: 1,766 dead and 2,383 wounded,” according to The report.

By control zones, the United Nations estimates 1,696 dead and 2,114 wounded in territory still controlled by the Ukrainian government, counting the 560 dead and 944 wounded in the areas under its control in the disputed regions of Donetsk and Lugansk, in the east of the country. In the area under the control of the militias of these self-proclaimed republics, the UN has confirmed 339 casualties (70 dead and 269 wounded).

The United Nations notes that the majority of civilian casualties were caused by the use of “wide impact area” explosive weapons, through heavy artillery, the use of rocket platforms, as well as air strikes.

Read:  Russian Energodar administration invites Guterres to visit the city prior to his meeting with Zelenski in Lviv

The UN points out that the real figures “are considerably higher, especially in the territory controlled by the Government and especially in recent days”, due to the lack of information from some places where intense hostilities have occurred and many details of casualties ” They are still pending verification.”

The United Nations also “takes note” of the report by the Ukrainian Prosecutor General’s Office, according to which as of 8:00 a.m. (local time) on April 9, 176 children had died and 324 had been injured.